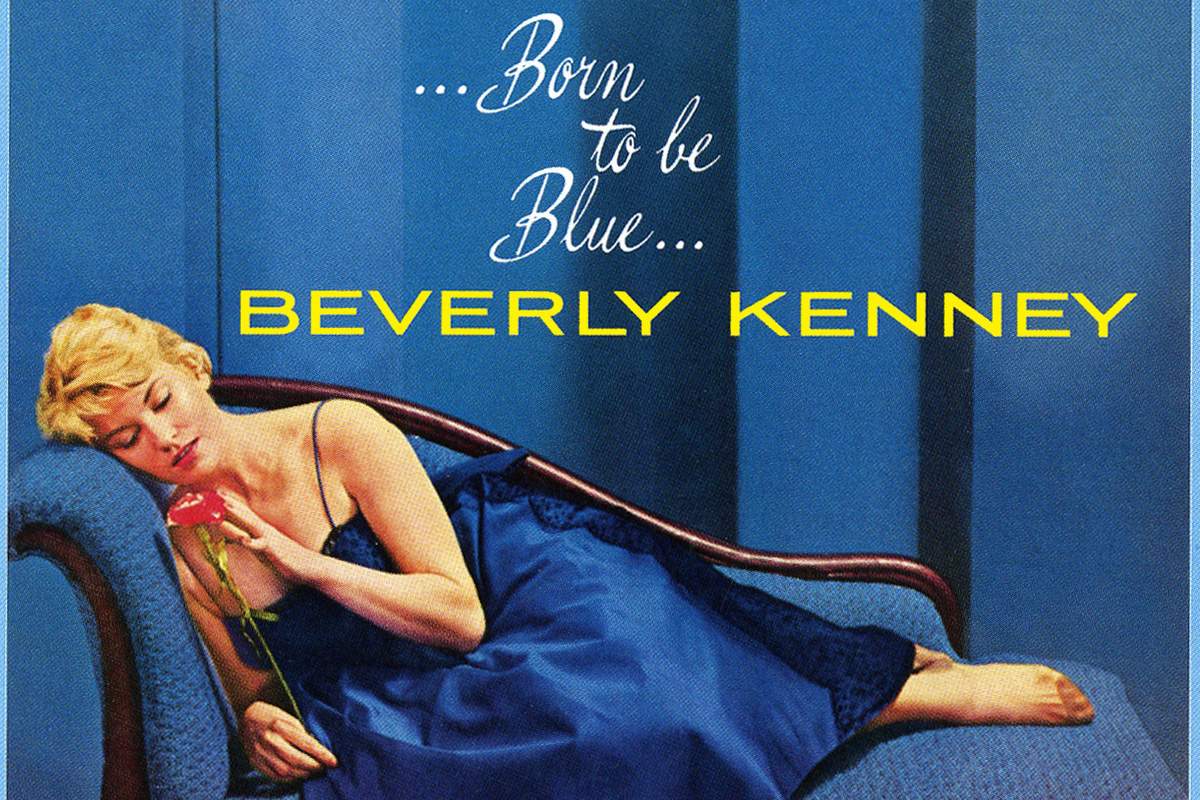 The name Beverly Kenney is one that is little noted in annals of jazz history. Her seductive, yet melancholic style aligned with the cool jazz sensibilities of the late 1950s. However, in 1960, Kenney ended her own life at age 28. On this episode, we'll examine the tragically short career of this fine jazz singer, examining her live recordings and the albums she made for both Roost and Decca Records.

Beverly Kenney was born on January 29, 1932 in Harrison, New Jersey. Before moving to New York City to find work as a professional singer, she worked as a telephone birthday singer for Western Union. Her talent was apparent right from the start, taking on several gigs when she was barely in her 20s, including a stint with the Dorsey Brothers' band. Her big break came in October 1955, when she was featured in a Jazz Benefit concert for Israel at Carnegie Hall, sharing the bill with Miles Davis, Art Blakey, Tito Puente, and Marian McPartland. But prior to this, at age 22, she recorded a demo with pianist and vocal coach Tony Tamburello, who was also the longtime vocal coach of Tony Bennett. Many of the songs from this demo, including "Tea For Two" and "Snuggled On Your Shoulder," highlight Kenney's already matured musicianship.

In 1955 and 1956, Beverly Kenney's career began to take off. She was signed to Royal Roost Records and continued to perform around New York City. While on Roost, she recorded three full-length albums. Her debut record featured her vocals alongside Roost Record's star guitarist Johnny Smith and his quartet, while her second featured her with an orchestra led by arranger Ralph Burns.Â For Kenney's final album with Roost Records from 1957, she teamed up with pianist and arranger Jimmy Jones and his group known as the "Basie-Ites" for a more straight-ahead jazz record. By now, Kenney's voice was even more confident and seductive than in her debut.

Still only 24 years old, Kenney was beginning to become a fixture of the New York Jazz scene. She earned a standing gig at Birdland with Lester Young, and upon her debut at New York's Basin Street Club, Down Beat critic Nat Hentoff praised her as compared to other artists. He said Kenney is "more flexible than Helen Merrill, swings more easily than Teddi King, and her musicianship and care for lyrics are far superior to Chris Connor's."

In 1957, Kenney moved from the Royal Roost record label to Decca, an upgrade in terms of exposure. She recorded three albums for Decca over the next two and half years-Beverly Kenney Sings for PlayboysÂ from 1958,Â Born to be Blue from 1959, andÂ Like Yesterday, an album of mostly pre-war standards, also released in 1959. Despite superb performances with accompaniment by jazz greats Ellis Larkins and Hal Mooney, she never quite earned the success that she deserved for a variety of outside reasons that we'll get into.

With her good-looks, intelligence, and mysterious, smoky gaze, Decca marketed her as a jazz singer for high-class bachelors-sophisticated lounge music, if you will. Her first album, Beverly Kenney Sings for Playboys featuring accompaniment by Ellis Larkins, who also accompanied for Ella Fitzgerald on Decca,Â has Kenney slying looking over her shoulder at a seven-foot-tall cartoon Playboy bunny.Â Composer and TV Star Steve Allen wrote the original liner notes for this album, and in them he says "A word to Playboys: I would not recommend this album as Music to Make The Romantic Approach By. You're apt to get more interested in Beverly than the girl you're trying to impress."

In early 1960, Beverly Kenney performed for a different kind of Playboy when she made an appearance on the syndicated television show Playboy's Penthouse, hosted by Playboy-founder Hugh Hefner. The show was essentially a lounge talk show, where the small audience (all impeccably dressed) gathered in Hefner's living room studio alongside the guests. The show only ran for two seasons, but not only did it feature a number of important jazz stars from the era-including Nat King Cole, Sarah Vaughan, and Ella Fitzgerald-it also was one of the first television shows to highlight racial equality among its guests and audience members.

Kenney is charming and affable on the program, performing several songs, including a duet of "Makin' Whoopee" with Hefner. You can see the entire clip from the show below.

Despite her immense talent and charm, Beverly Kenney's career never caught on with the American public. The reasons may have simply been changing tastes: in the late 1950s, jazz vocals were on the decline, as rock and roll became more popular. Kenney's style seemed to be a relic of a bygone era, and the singer was reluctant to adapt her style to the times. In 1958, she made an appearance on the Steve Allen show to express her true opinion on the budding music craze. Her original song "I Hate Rock and Roll" didn't mince words.

Kenney was a tragic figure in the vocal jazz world. blessed with talent but born at the wrong time. For all her jazz gifts, Kenney likely also suffered from depression. Her friends all noted that there was an underlying melancholy to her personality, a trait that translated beautifully into her music, but one that had consequences in her everyday life. On April 13, 1960, Beverly Kenney was found dead of an overdose of alcohol and Seconal. She was only 28 years old.

For information about Beverly Kenney, you can see WNYC DJ Jonathan Schwartz's article about her life from GQ magazine in 1992, or look at two articles written by David McGeeÂ and Bill Reed on their websites.