The Beatles Sing The Standards 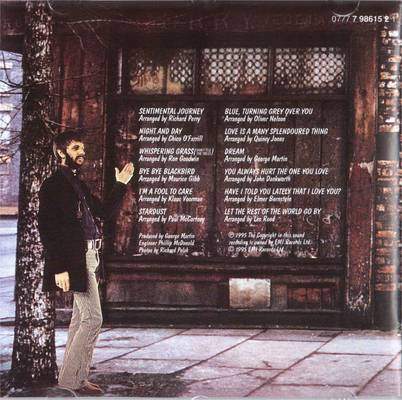 You may have heard John Lennon's famous quote that he hated jazz, but did you know that George Harrison loved Hoagy Carmichael? That Paul McCartney harbored a lifelong affection for 1930s and 40s popular song? That Ringo Starr was the first rock icon to record an album of standards? In the 1960s the Beatles played a major role in upending the world of American popular song, but from the beginning they themselves made occasional forays into it that continued throughout their post-breakup solo careers. On this episode of Afterglow it's the music of George Gershwin, Cole Porter, and other Great American Songbook composers, sung and played by members of the Fab Four.

Listen to the full-length version of Ringo Starr's "Bye Bye Blackbird" (excerpted in the show):