Dancing On The Ceiling: Afterglow Plays Rodgers And Hart V. 1 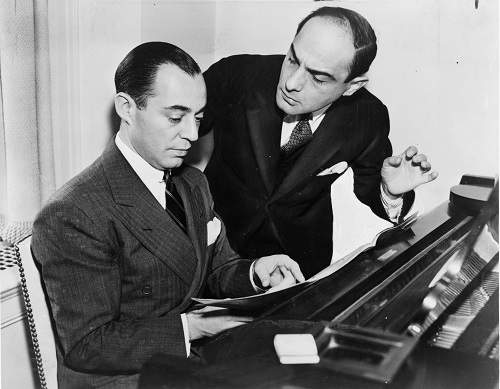 Imagine the landscape of 20th-century American popular music without songs like "Lover," "Blue Moon," "The Lady Is A Tramp," "Bewitched, Bothered and Bewildered," and "Spring Is Here." In order to do that, you'd have to imagine a world that never played host to the presence of Richard Rodgers and Lorenz Hart.

Richard Rodgers was born in 1902 to a well-off family in Queens, and Lorenz Hart was born seven years earlier in Harlem, both the children of immigrant Jewish parents. They met in 1919 when Rodgers was only 16 years old, and would go on, after several years of struggling to successfully make the songwriting scene, to collaborate on thirty-one musicals and seventeen films between 1925 and 1943, writing numerous songs that are still recorded and performed today.

In some ways Rodgers and Hart were an unlikely team. "By all accounts," Will Friedwald wrote, "Hart was impish, irascible, and uncontrollable; Rodgers methodical, businesslike, and pillish. And yet this conflict never comes to the fore in their songs-Rodgers is capable of showing daring originality in his melodic lines, and Hart's lyrics are supremely professional even before they are inspired."