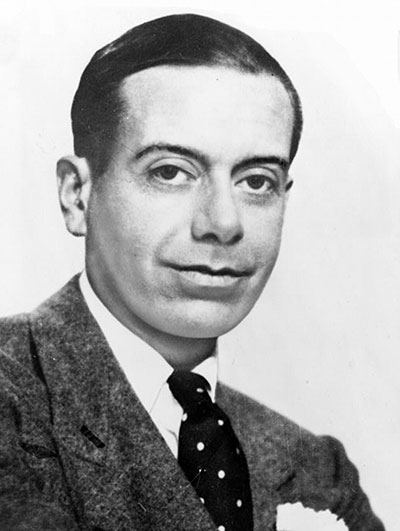 You have almost undoubtedly heard the songs of Cole Porter before. It would be difficult to grow up in the 20th or now the 21st century and not encounter "I've Got You Under My Skin," "You're the Top," "It's De-Lovely," and numerous other Porter standards in one guise or another. Just recently some of Porter's songs and Porter as a character appeared in Woody Allen's popular time-travel-trip to the 1920s, Midnight In Paris.

Porter's songs started arriving to a wider audience at a time when the first great wave of jazz, the hot-jazz era of the 1920s, was subsiding, bland, commercial "sweet music" was holding sway, and the big-band era was still several years off. His melodies brimmed with rhythmic, harmonic and structural vitality that big-band leaders in the 1930s and beboppers in the 1940s found exciting, a seemingly-endless treasure trove of material to make great jazz with. Artie Shaw put himself on the map with his version of Porter's "Beguine the Beguine" in 1938, and Charlie Parker and Dizzy Gillespie produced one of the breakthrough recordings of the bebop era in 1945 with "Hot House," which is a reinvented version of Porter's "What Is This Thing Called Love." By the 1950s Porter's music was solidly established as part of the emerging jazz canon,and it's been there ever since.

Porter's lyrics are also full of longing, wit, inventive wordplay, beauty, pain, love in all of its sensual and haunted guises, humor that's both urbane and at its core down-to-earth and replete with naughty delight, the most euphoric highs and the most melancholic lows. While they sprang from the composer's sophisticated cosmopolitan life, they remind us that whatever your income or cultural bakcground, you're a human being capable of feeling all of the emotions and experience that life has to offer. In this edition of Afterglow we'll hear renditions of Porter's songs from Anita O'Day, Tony Bennett, Frank Sinatra, and other masters of popular-song performance.