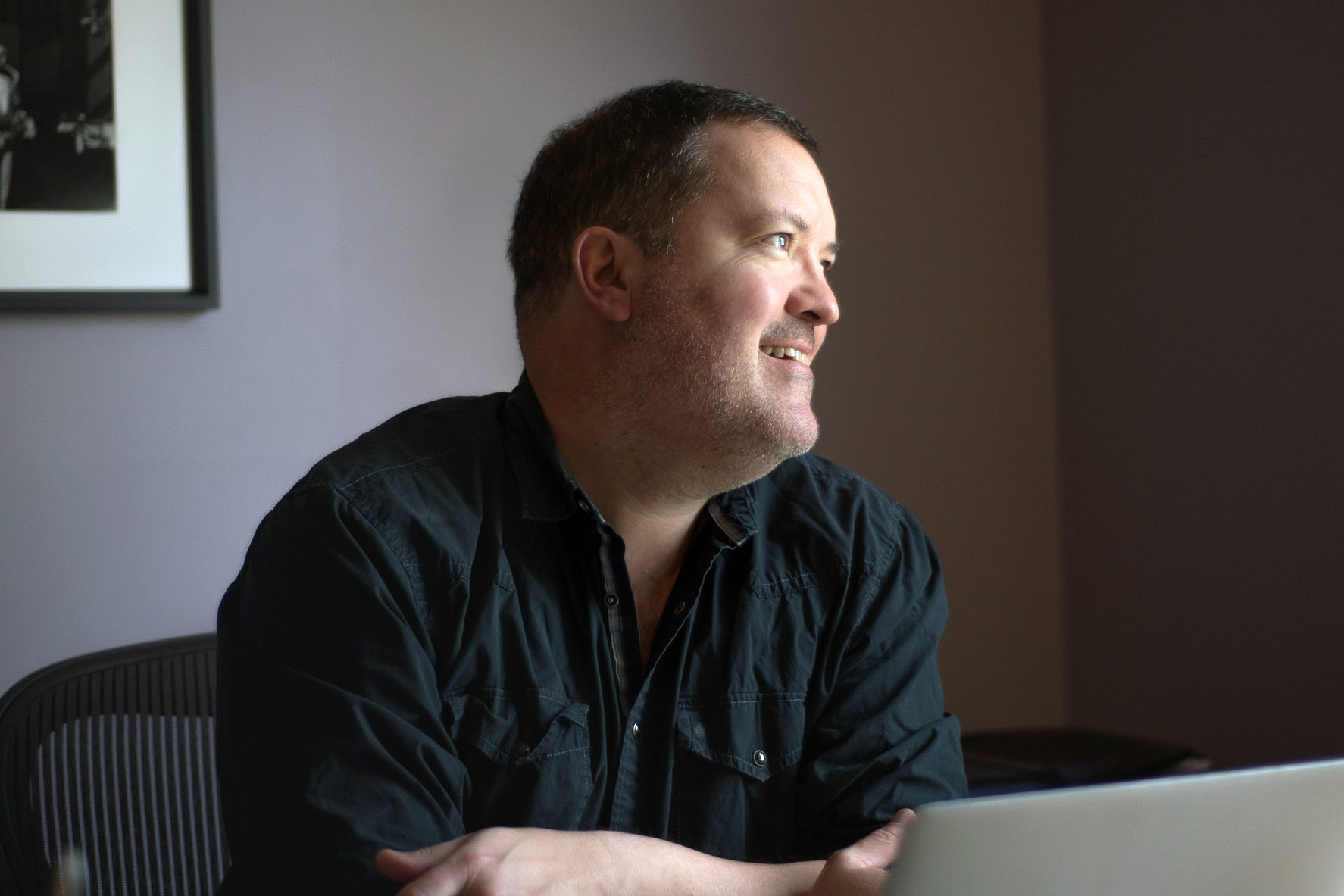 Sam Stephenson is a 2019 Guggenheim Fellow who has studied the life and work of photographer W. Eugene Smith since 1997. Stephenson has followed Smith’s footsteps in twenty-six U.S. states, Japan and the Pacific; conducting more than five hundred oral history interviews. His book, Gene Smith’s Sink (2017) is the culmination of twenty years' work.

Stephenson’s first Smith book, Dream Street: W. Eugene Smith’s Pittsburgh Project, was published in 2001. He won a 2001-2002 fellowship from the National Endowment for the Humanities. In 2009, Alfred A. Knopf published his book, The Jazz Loft Project: The Photographs and Tapes of W. Eugene Smith from 821 Sixth Avenue. It won a 2010 ASCAP-Deems Taylor Award, and a 2010 Innovative Use of Archives Award from the Archivists Roundtable of Metropolitan New York. For a dozen years Stephenson conceived and operated The Jazz Loft Project at the Center for Documentary Studies (CDS) at Duke University. He was the 2012-13 Lehman Brady Visiting Joint Professor of Documentary Studies and American Studies at Duke and UNC-Chapel Hill.

W. Eugene Smith is not Stephenson’s only subject. In 2015 he won the ASCAP Deems Taylor / Virgil Thomson Prize for his documentary essay on John Coltrane’s first biographer, Dr. Cuthbert Simpkins, for The Paris Review. Other periodicals that have published his work include The New York Times, Tin House, A Public Space, Oxford American, and Smithsonian.

Sam Stephenson is a native of Washington, North Carolina and now lives with his family in Bloomington, Indiana. Recently, he joined David Brent Johnson for a conversation in the WFIU studios.