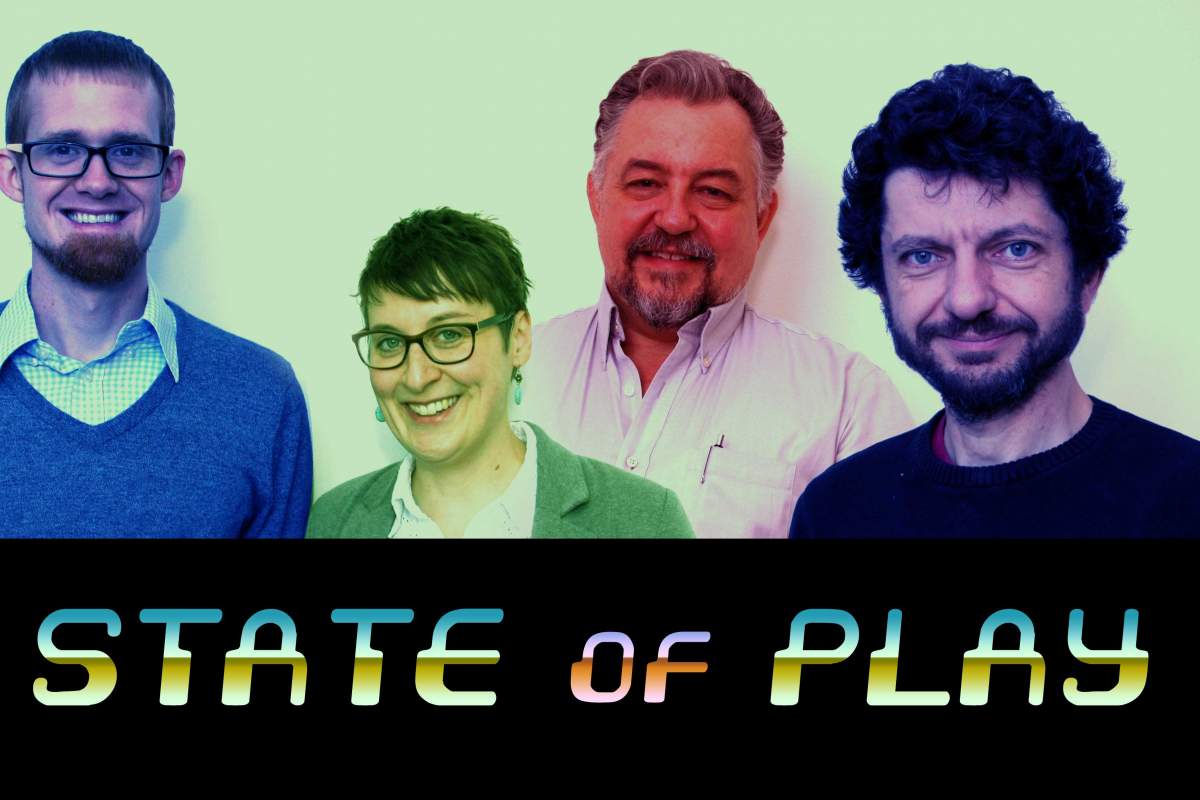 Games are all around us. Perhaps they always have been, but it seems like more and more different kinds of games have come along in the last few decades, and that they are playing an ever-increasing role in our lives; changing how we interact with each other, how we learn, maybe even how we think.

On this episode we’re going to take the subject of games relatively seriously by having conversations with people who can speak with some authority on the state of play, including two I.U. professors who specialize in different kinds of games and how they are designed.

But first, we'll get a brief introduction to a fairly new, very popular kind of game: an Escape Room. You can find them all over the country, including in Bloomington.

The Code and Key Escape Rooms are the creation of Alex and Kate Burch, a married couple who graduated from I.U. in 2014 and 2015, respectively. Alex and Kate say they had been to a few escape rooms and found them interesting, so they decided to move back to Bloomington from Washington, D.C. to start their own. By their definition, an escape room is an interactive game that can connect people of all ages and backgrounds in ways they have never been connected before.

To learn more about a type of game that’s been around for much longer, we spoke to Marco Arnaudo. In addition to being Professor of Italian and Director of Graduate Studies in Italian at the I.U. Department of French and Italian., Arnaudo has also taught courses and written books about detectives, spies, superheroes, and games.

Arnaudo Specializes in tabletop games, particularly ones that are thematic, meaning that they represent their subject in a detailed and accurate fashion. It's a type of game is very popular among hobbyists, and it is also commonly used by the military and by private companies, to analyze complex challenges and for training purposes. He even has his own YouTube channel, on which he reviews tabletop games of all sorts.

These days, Marco is working on a book about interactive literature, and planning another on the related topic of modern board gaming as interactive fiction.

Like Professor Arnaudo, Professor Mike Sellers believes we are in the midst of a renaissance for many different kinds of games. But if you go by profits alone, video games are probably still the reigning champions. Since 2014, Sellers has been teaching advanced game design classes at I.U., and he is now the Director of IU’s Game Design program.

Before that, Sellers spent 20 years in the video game industry. He has started and run three successful game studios, and has also worked for notable game developers such as 3DO, Electronic Arts, Kabam, and Rumble Entertainment as a Lead Designer, Executive Producer, General Manager, and Creative Director. He was also the lead designer on The Sims 2, Ultima Online, Holiday Village, Blastron, and Realm of the Mad God.

After teaching advanced game design for a few years, Sellers realized there wasn’t a book to match what he wanted to teach or his own professional experience, so, after two more years of work and research, he published the textbook, Advanced Game Design: A Systems Approach. The book discusses systems thinking in game design. A system, in this case, is any collection of parts where the parts act upon each other to form loops. Sellers said he found that systems thinking applies well to game design, and game design helps people understand systems thinking better.