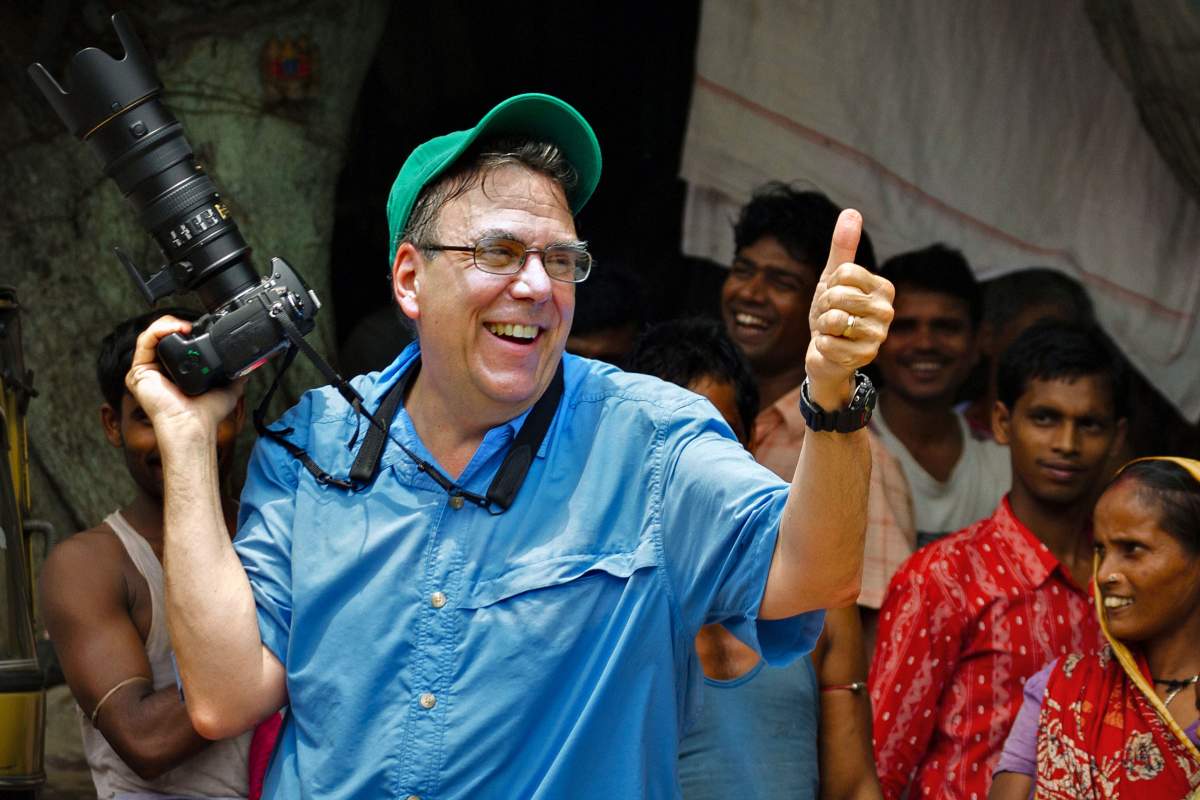 Steve Raymer is a photojournalist, author, and educator who spent over two decades as a National Geographic staff photographer, capturing images of life in more than 100 countries.

Raymer joined the faculty of Indiana University’s Journalism School in 1995, and is now a professor emeritus at the Media School, where he continues to teach media ethics to budding storytellers through his experiences covering famines in Bangladesh and Ethiopia; numerous conflicts and humanitarian crises in South and Southeast Asia; the collapse of the Soviet Union; and the Chernobyl nuclear disaster, to name just a few.

Steve, who served as the director of the National Geographic Society News Service in Washington, D. C. from 1989 to 1995, won the coveted Magazine Photographer of the Year Award from the National Press Photographer’s Association and the University of Missouri, for his reporting on the global hunger crisis in 1976. He has also received a Citation for Excellence in Foreign Reporting from the Overseas Press Club of America, and numerous first place awards from the White House News Photographer’s Association.

He was born in Beloit, Wisconsin. His father, Laurence Raymer, was executive editor of the Beloit Daily News. Steve’s studies in journalism at the University of Wisconsin-Madison were interrupted by a stint in Vietnam as an artillery and public affairs officer in the U.S. Army. He completed a master’s in journalism after his return.

Earlier this year, Indiana University Press published Steve Raymer’s latest book, Somewhere West of Lonely: My Life in Pictures. And he was recently invited to attend a screening about his book in Perpignan, France, as part of the Visa Pour l’image International Festival of Photojournalism.