Robert Barnes Paints Outside the Lines 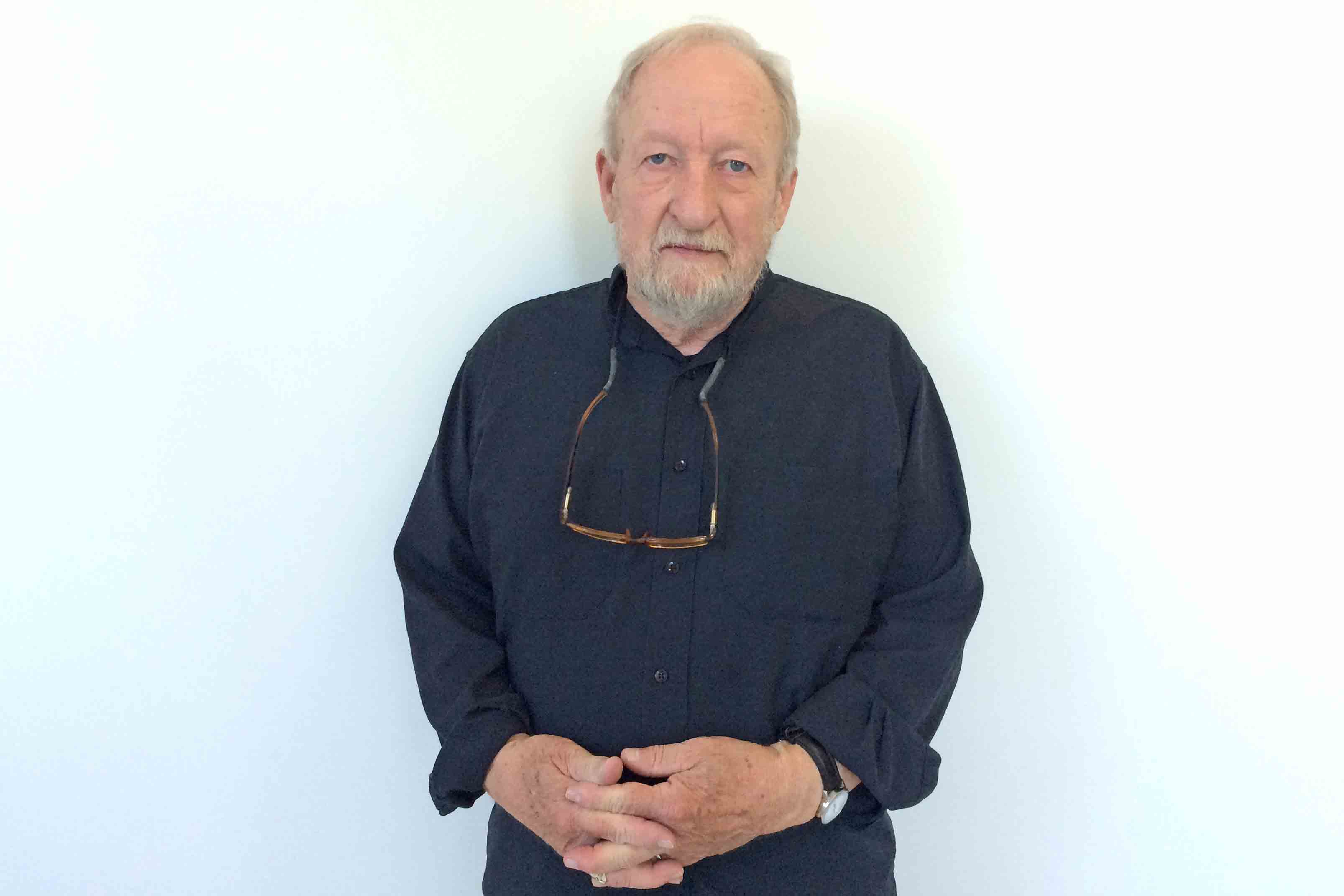 Robert Barnes is an accomplished painter most often associated with the Chicago Imagists, despite his protests. He claims to not fit in with any one school, and justifiably so. With strokes of expressionism and surrealism, his works are densely textured tapestries woven of myth, religious history, literature and pop culture. Interestingly, he cites his mentor Marcel Duchamp as one of his greatest artistic influences, though their work bears few similarities in terms of medium or technique.

Despite the heavy symbolism in his work, Barnes prefers to discuss the formal and physical components of his pieces saying, “The imagery is only an armature for the painting.” The value of art lies in the aesthetic experience, he believes, and his work aims to push the boundaries of how art is to be “viewed.” A true alchemist, Barnes even mixed perfume into the paint used on “Blood and Perfume.”

[pullquote]I don’t like answers. If you have the answer, then you stop. One thing about painting is that each painting tells you that you’ve got to do another. I want the pursuit without the end of the pursuit—without the success.[/pullquote]

Barnes began his career in Chicago, and somewhat accidentally. After moving to the Windy City to become an actor, he accompanied a friend to the School of the Art Institute of Chicago and decided to apply on a whim.

Impressed by his impromptu sketches, the Art Institute offered him a full scholarship and, thusly, Barnes set out on a new path and began studying art alongside classmates Claes Oldenburg, Jack Beal, Irving Petlin, Ellen Lanyon and Robert Indiana.

Through many stylistic transformations from abstract to more representational art, Barnes' sense of whimsy remains.

From 1964-1999, Barnes taught at Indiana University’s Hope School of Fine Art, where he drilled into students, "Painting is not fun. It’s religion."

Barnes recently returned to Indiana University for a late-career retrospective titled “Grand Allusions.” During his visit, he spoke with WFIU’s Yaël Ksander, a former student, to reflect on his career.

Defying the labels given him and playfully skirting the big questions, Barnes instead talks about the viscosity of paint, the connections between art and sex, decorative school lunchbags, his collection of beach refuse, and Kevin Klein's nude modeling career, among other things.