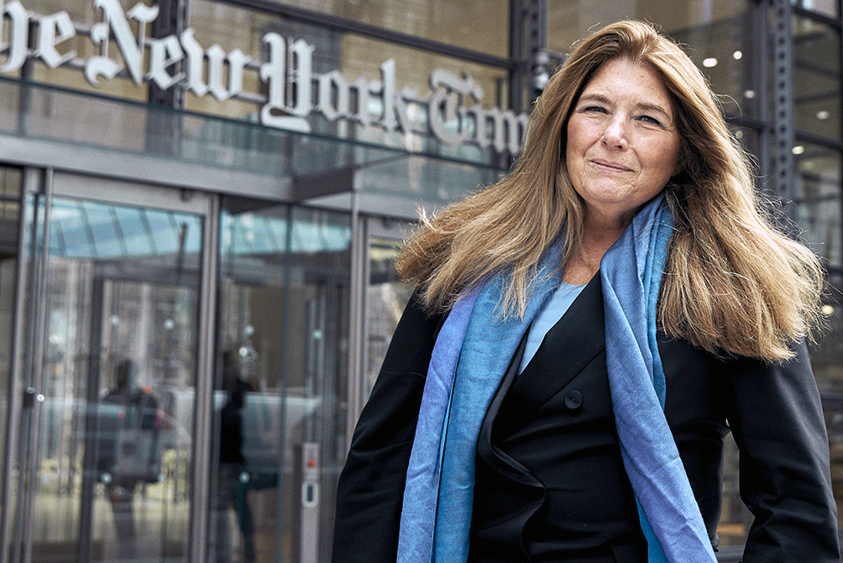 Carol Giacomo is a former diplomatic correspondent for Reuters in Washington who covered foreign policy for the international wire service for more than two decades before joining the New York Times editorial board in August 2007.

She has traveled over one million miles to more than 100 countries with eight secretaries of state and various other senior U.S. officials. Her reporting for the editorial board involves regular independent overseas travel, including recent trips to North Korea, Iran and Myanmar.

In 2009, Giacomo won the Georgetown University Weintal Prize for diplomatic reporting. She is a member of the Council on Foreign Relations. In 1999-2000, she was a senior fellow at the U.S. Institute of Peace, researching U.S. economic and foreign policy decision-making during the Asian financial crisis. She was a Ferris professor of journalism at Princeton University in 2013 and is a frequent public speaker at academic institutions, think tanks and on media programs.

Born and raised in Connecticut, she holds a B.A. in English Literature from Regis College, Weston, Mass. She began her professional journalism career at the Lowell Sun in Lowell, Mass., and later worked for the Hartford Courant in the city hall, state capitol and Washington bureaus.

Carol Giacomo was named the second Indiana University Poynter Chair in March of 2019, and was recently on the IU: Bloomington campus to host workshops, meet with students and faculty, and deliver a public lecture.

She spoke with Elaine Monaghan of the Media School.