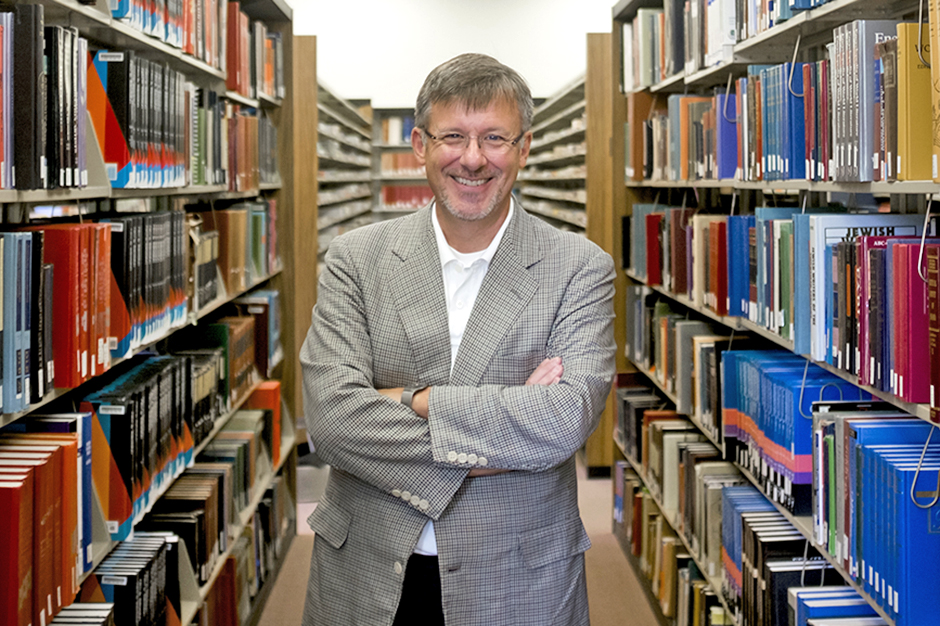 As a scholar of language, I operate from the principle that people speak the way they do for a reason. And it’s my business to figure out those reasons.

Michael Adams is a historian of English who also specializes in the history, theory, and practice of lexicography. He is Provost Professor in the Department of English at IU-Bloomington and past president of the Dictionary Society of North America.

Adams's areas of research include traditional literary genres as well as popular genres, such as graphic novels, television, and film, as well as new media including Web texts and text messaging.

He has worked on various dictionary projects including the Middle English Dictionary and the American Heritage Dictionary of the English Language. He was a contributing editor to the Barnhart Dictionary Companion and Word Mysteries and Histories: From Abracadabra to Zeus.

For several years, he was editor of Dictionaries: Journal of the Dictionary Society of North America, and, for a decade, was editor of the quarterly journal American Speech.

Adams is the author of Slayer Slang: A Buffy the Vampire Slayer Lexicon, Slang: The People's Poetry, and In Praise of Profanity. He is working on a historical glossary of restaurant jargon, tentatively called The Server's Lexicon.