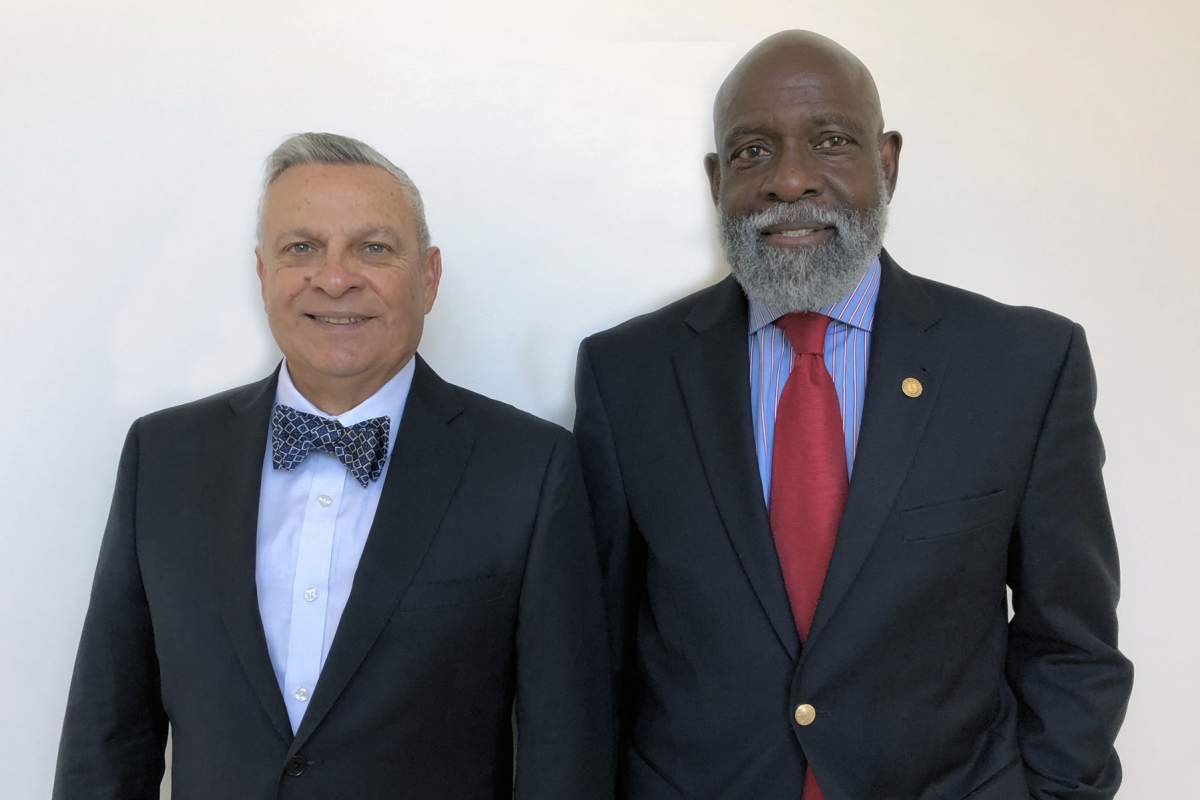 Both Gerardo González and Charlie Nelms have had long and distinguished academic careers, and both have personal stories about how education changed their lives.

Gerardo González is Dean Emeritus of the Indiana University School of Education and Professor of Educational Leadership and Policy Studies. For fifteen years, he directed administrative and budgetary activities for the school on the Bloomington and Indianapolis campuses and provided academic oversight to the six regional campuses of IU.

Charlie Nelms began his tenure within the Indiana University system in 1978, as assistant professor of education and Associate Dean for Student Services at IU Northwest in Gary. He left Indiana in 1984 to accept a position as Vice President for Student Services at Sinclair Community College in Dayton, Ohio, but returned to the IU system a few years later, to serve as Chancellor of the IU East campus. A few years after that, he left Indiana again to lead the University of Michigan-Flint campus, but the Indiana University alum was drawn back to Bloomington in 1998 to serve in his final IU position as the vice president for institutional development and student affairs, as well as serving in the School of Education as professor of higher education administration.

Gerardo González and his family immigrated to the United States as refugees from Cuba when he was 11 years old, and he was the first in his family to graduate from college. Charlie Nelms grew up in the Deep South in the 1950s and 1960s, working in cotton fields, and living in poverty.

Charlie Nelms and Gerardo González have each written memoirs that recount their experiences; and honor their parents, their mentors, and the transformational power of education. González's recently-released book is called A Cuban Refugee's Journey to the American Dream: The Power of Education. Nelms' forthcoming book is entitled From Cotton Fields to University Leadership.