Geoff Wilson of the Ploughshares Fund 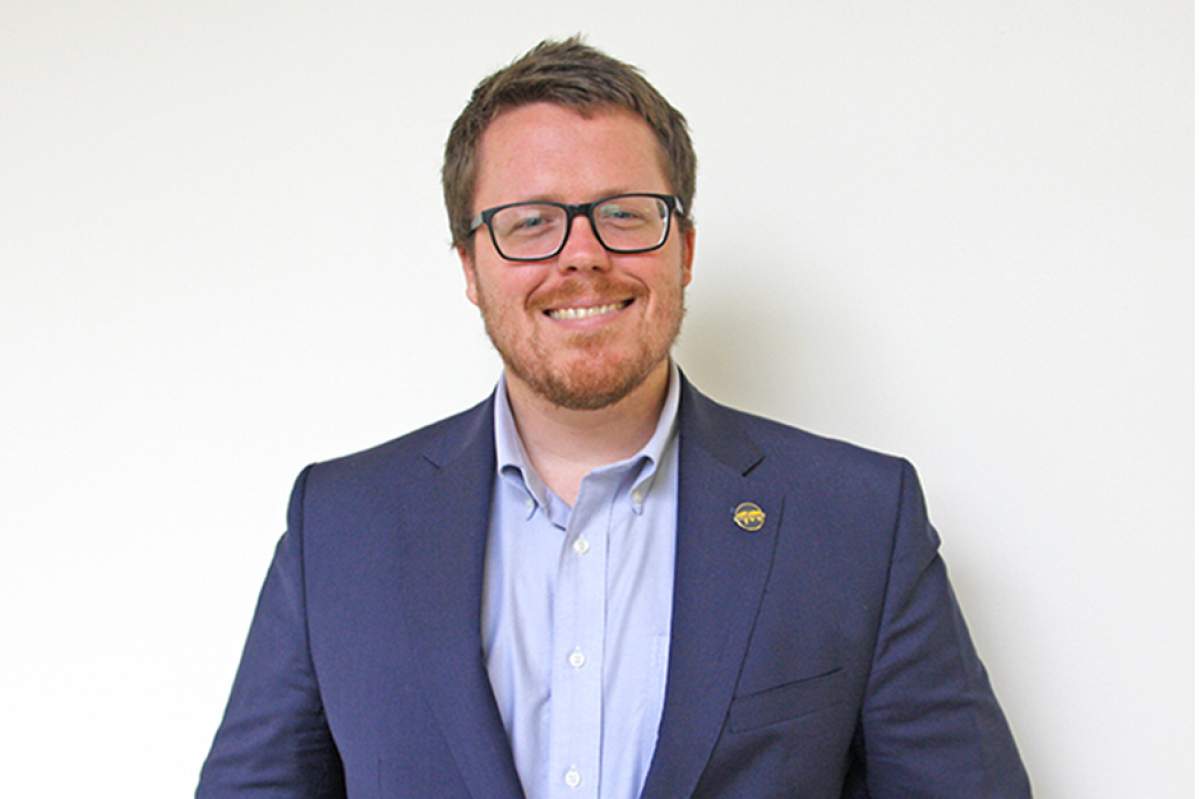 Geoff Wilson is the Grants and Donor Communications Manager at the Ploughshares Fund. The foundation, based in Washington, D.C., works to eliminate nuclear weapons by raising money and awareness and by awarding grants to research groups that are devoted to reducing nuclear threats. Wilson’s job at the Fund is to forge relations with other foundations and with donors.

Before joining the Ploughshares Fund in 2013, Wilson was an intern in the office of California Congresswoman Judy Chu. He graduated with honors from American University’s School of Public Affairs with a Master's Degree in Comparative Government. His graduate degree included work on the history of American counterinsurgency campaigns, the crisis in Syria, and U.S. national security strategy. He also has degrees in Political Science and Anthropology from The University of San Diego.

Wilson was in Bloomington to speak at the Unitarian Universalist Church about a new generation of nuclear dangers, and about some of the challenges the Ploughshares Fund is facing, and the work they do to eliminate those dangers.