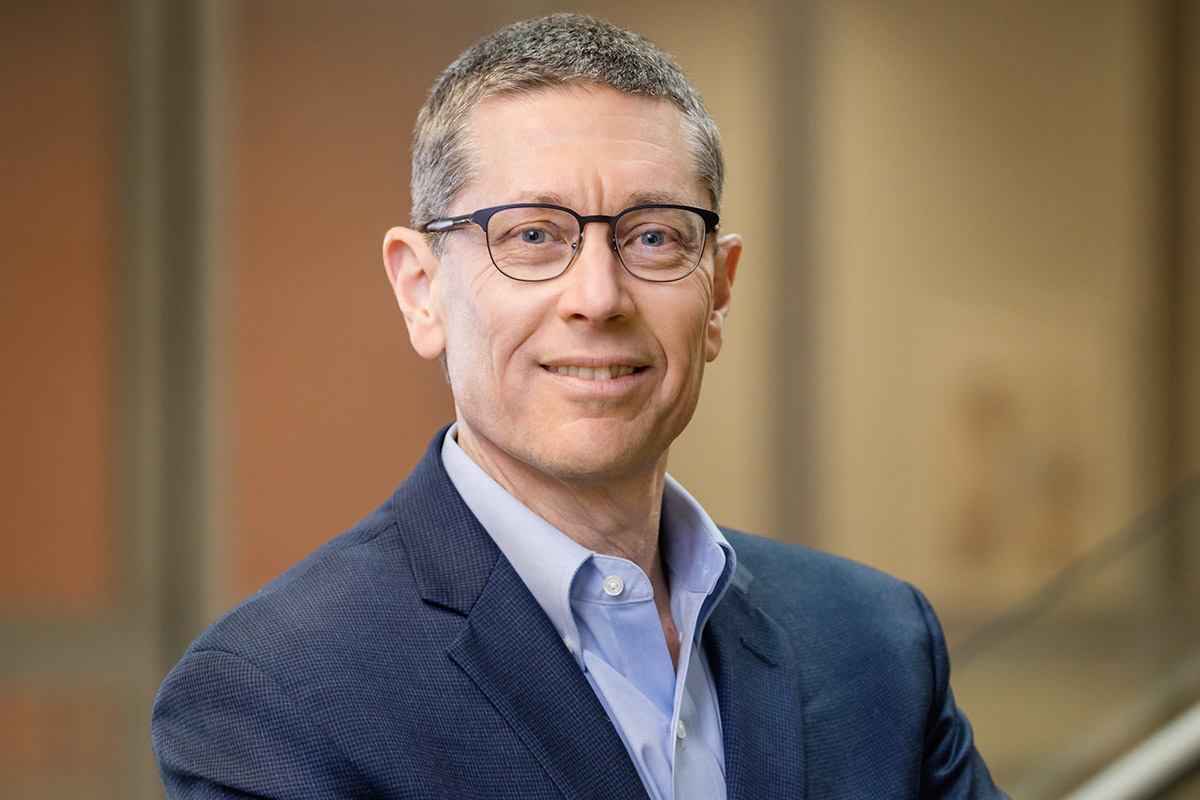 Gene Robinson is a pioneer in the study of social behavior whose chosen model is the Western honey bee, Apis mellifera. He’s an entomologist, but that single job title doesn’t tell the whole story.

Dr. Robinson’s interdisciplinary approach combines neuroscience, cell biology, ecology, genetics, and the newer field of genomics. He led the effort to sequence the honey bee genome, and discovered the first gene known to be involved in regulating the division of labor in bee colonies. He and his colleagues then went on to show that changes in a colony’s social structure can cause significant alterations in the bees themselves at the genetic level, on a rapid timescale.

Robinson’s discoveries have significantly advanced the understanding of the role of genes, hormones, and neurochemicals in the evolution of social behavior.

Gene Robinson is the Director of the Carl R. Woese Institute for Genomic Biology. He holds a Swanlund Chair at the University of Illinois at Urbana-Champaign, where he has been since 1989. He also holds affiliate appointments in the Department of Cell & Developmental Biology, the Program in Ecology, Evolution and Conservation Biology, and the Beckman Institute of Science and Technology. He received his Ph.D. from Cornell University and was an NSF Postdoctoral Fellow at Ohio State University.

Recently, Gene Robinson was on the IU Bloomington Campus as a guest of the Patten Lecture series. While he was here, he joined host Aaron Cain in the WFIU studios.