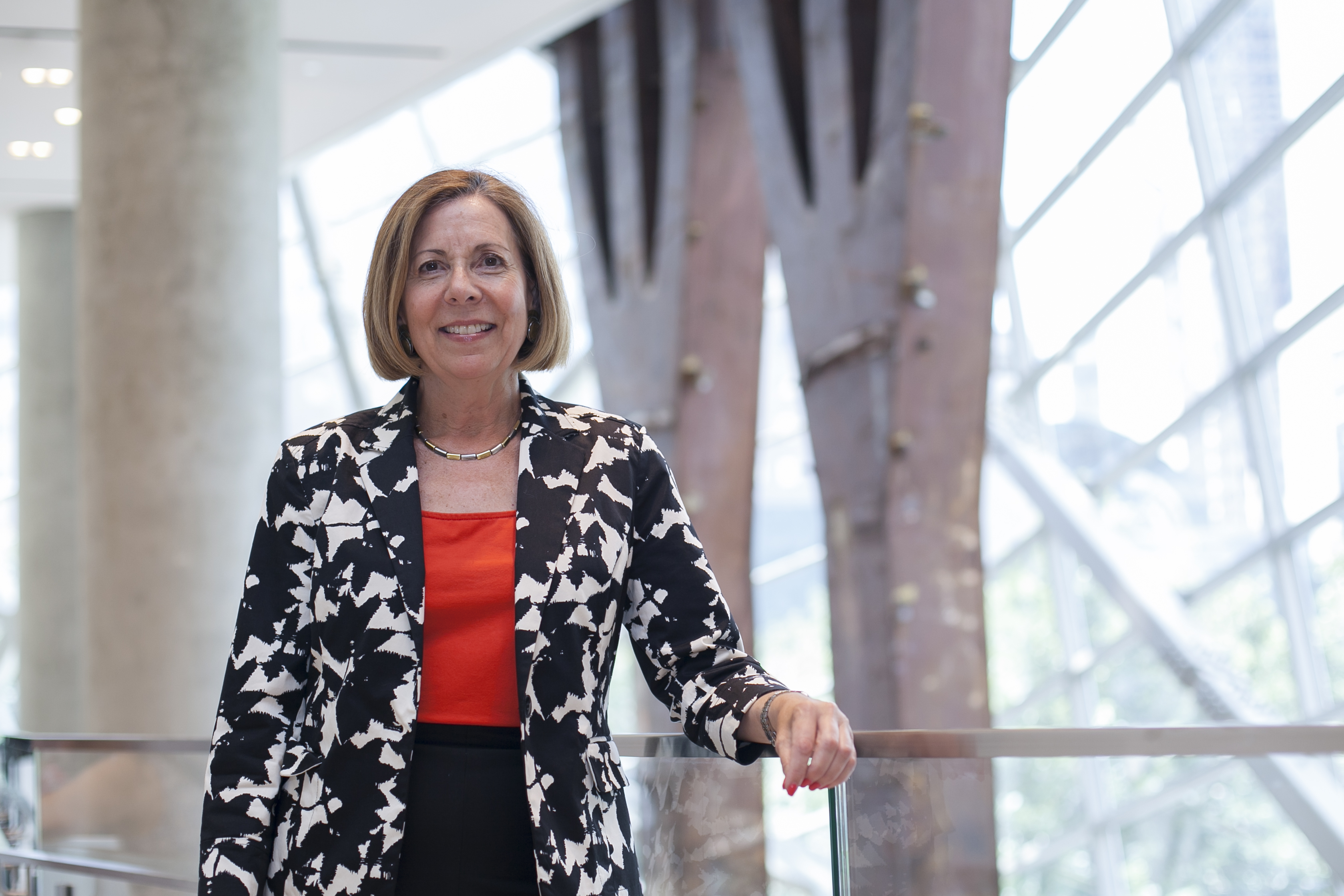 Alice Greenwald has been working in museums for more than 30 years. Since 2017, she has been President and Chief Executive Officer of the National September 11 Memorial and Museum. From 2006 to 2017 Greenwald served as the museum’s Executive Vice President and Director. In this role, she was responsible for overseeing the development of a founding vision for the Memorial Museum, managing its programming, preparing exhibits, choosing artifacts, and designing the museum’s educational components.

The creation of a memorial to the events of September 11, 2001, and February 26, 1993 gave rise to hundreds of difficult, often painful, and sometimes controversial questions that Alice Greenwald had to negotiate. But this wasn’t her first time dealing with such sensitive issues. Before joining the September 11 Memorial Museum, Greenwald served as Associate Director at the United States Holocaust Memorial Museum in Washington, D.C.

Greenwald has also served as Executive Director of the National Museum of American Jewish History in Philadelphia; Acting Director, Curator and Assistant Curator of the Skirball Museum in Los Angeles; and Curatorial Assistant at the Maurice Spertus Museum of Judaica in Chicago.

She holds an A.M. in the History of Religions from the University of Chicago Divinity School, and a B.A with concentrations in English Literature and Anthropology from Sarah Lawrence College, where she delivered the commencement address to the class of 2007.

Recently, Alice Greenwald was on the campus of Indiana University in Bloomington, where she gave a lecture about the challenges of creating the September 11 Memorial and Museum. It was part of IU’s 11th annual Themester, which explores "Remembering and Forgetting," complementing the 2019-20 celebration of Indiana University's 200th anniversary.