“Always be on Purpose.”

PDVNCH [Pee-dove-inch] is a self-described “dramatic poetic storyteller,” who creates vivid images with words, from multiple perspectives, giving voice to the unheard, with vocal tones that are rhythmic.

A Bloomingtonian, PDVNCH is a member of the Writers Guild at Bloomington, and a serial performer at the Bloomington Poetry Slam. Through collaboration, his desire is to “inspire inspiration, and always be on purpose!”

Welcome to the Poets Weave. I’m Romayne Rubinas Dorsey. PDVNCH, what poems have you brought for us today?

At the opening, I told you that my name is PDVNCH, Even in an ‘Open mic’, they’re witnessing a ‘main event’, stepping out, with style, then, closing my coffin ⚰️ on stage, WD-forty, for the broken hinge, that means, the win, in past tense, for D/

Beaded the laces, I don’t tie my shoes 👟, I tie dye🌈 , my shoes 👟, my Soles, echo, echo, my spirit, He’s so materialistic, I ain’t going to stop shining 💡, When you came from the dirt, under pressure, out of here, I’m a polish, and rock this diamond 💎/

Talking about you’re as real, as me, I’m more unique, you just have more diss-ability,

They tried to down play me, no dumbing down, the intellectual, I don’t get high, I blow shotguns, and let the weapons, smoke 💨/

Straight Shots, followed by Ganja chasers, Allah À la Akbar, Every line hit, leave them with shocked 😳 shockras, JFK, blow their minds, every time, I say it, Kobane, when I sing it/

That’s a close budget, I mean a clothes budget, apartment is my armoire, old soul,

I’m so eighties, and speak easy twenties, I mean, I sow eighteen, and reaped in the twenties/

Back in the day, we used to play forts, now they’re playing Fortnite, I used to hustle all day, now they’re taking shorts, nights, Overseer says, “back to work”, whip crack a smile, a little eyelash and a smirk 😏/

Pockets heavy, from hustling, no need to sag, Nickel bags 💼, the size of duffle bags 💼, You’re nothing like me, there’s too much, I do, do, When I’m number one, you still trying to, Do-do/

No they’re not even near, what I wear, Couture, Knotted Noose, Perfecting, not perfect/

Pursuing the path of Purpose, Spirit of a Perseverer, Pacer, over pacing, Shin splints, from Practicing Patience, Patient Zero, Crooked, I’ve been that way, straight, I don’t bend, that way/

Yeah, I intentionally, offend the weak, My speech is priceless, no bounty on the beads,

My pen 🖊, is too expensive, talk is cheap, Whispers from the eaves, Three wishes,

I, is him, the kid, that they said, couldn’t do it, and did, made cakes 🎂, from crumbs, and took mistakes, and changed in the elevator, haters, love to blame, the metamorphosis, Plethora S-MAN, is PDVNCH/

You've been listening to the poetry of PDVNCH on the Poets Weave. I'm Romayne Rubinas Dorsey. 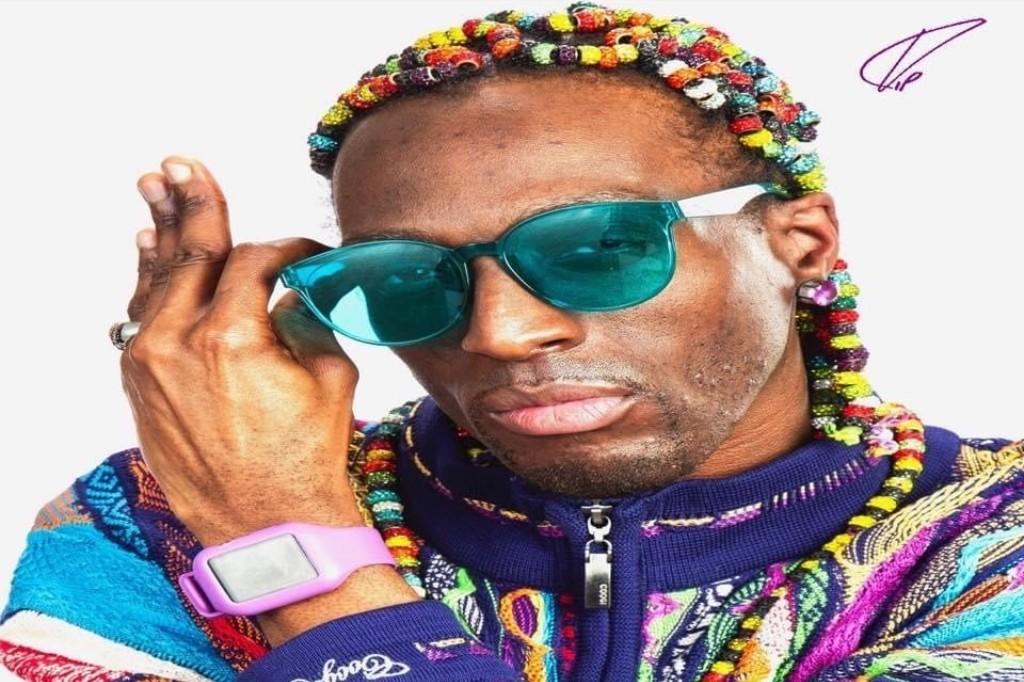 PDVNCH [Pee-dove-inch] is a self-described “dramatic prophetic poetic storyteller,” who creates vivid images with words, from multiple perspectives, giving voice to the unheard, with vocal tones that are rhythmic.

He’s an inventor and originator most known, globally, for his original iconic hair designs, his fabulous frames, and his passion for fashion.

A Bloomingtonian, PDVNCH is Director of Creative-Arts Productions for GHETT-HEALTHY productions, a member of the Writers Guild at Bloomington, and a serial performer at the Bloomington Poetry Slam. Through collaboration, his desire is to “inspire inspiration, and always be on purpose!”