Narrative is the Native Tongue of the Brain

Tell me a story.

In this century, and moment, of mania,

Tell me a story.

Nancy Chen Long is the author of Wider than the Sky, which won the Diode Editions Book Award, and Light into Bodies, which won the Tampa Review Prize for Poetry. Her work has been supported by a National Endowment of the Arts fellowship and the Poetry Society of America Robert H. Winner Award.

Welcome to the Poets Weave. I'm Romayne Rubinas Dorsey. Nancy, what poems have you brought for us today?

If light is to the eye as language is to the

mind, then memories are stories written upon the brain,

& to be written upon is to be forever changed. Why is

it so difficult for me to learn to see? Just

a slip of evening light can transform the

willow outside of my kitchen window. The weight

of a million memories bends the tree’s supple branches—of

this, I am certain—into the silhouette of my mother. She’s singing “God

forgets our sins” as she tends the garden, pulling weeds, tilling for-

giveness into the soil, kneading clay earth, the heft

of it in her hands, like a god fashioning a sinless child. Count them,

mound of gray matter. I am a memory-seed scattered, destined for

trial-and-error. Shall I grow into oleander? It would require a pound

of my flesh. Or into a useful maple, my utility in shade &

sweet? Of this I am never certain. Those who know no different, can they

remain blameless? After all, a child begins by imitating her parents. They will

seem to her as gods. Her sight will be hers only when she can detect a differ-

ence between air & water, breathing & swallowing. It’s as if

the hers & theirs are inseparable. Parents. They

have no choice but to pass on what is encoded. The child’s brain will do

its part processing the stimulus in harmony with its programming. As

a child grows, she embraces the scorched language of her family, which syllable

must be swallowed no matter what, even if no one is breathing. From

the hollow of a willow, a lullaby echoes. It’s recorded in my DNA, that sound.


Narrative is the Native Tongue of the Brain

If our life is what our thoughts make it,

but, rather, reassembles them

from fragments stored throughout the brain,

if we don’t remember an event, but we remember,

instead, the last time we tried to remember it,

if we fold in our friend’s recollection that it was a jeweled,

and his story supplants our memory of an Easter thunderstorm,

such that we no longer remember the storm

until we read of it years later

in an old journal—being battered by the rain

as we fumble to fix the broken windshield wiper,

the left veer into the lake

to avoid the dark suggestion of a deer, the hair-raising tingle

on our skin as lightning struck the shore—

then we must be mutable, mustn’t we? forever

ourselves as we go.

From Wider than the Sky (Diode Editions, 2020). First published in The Southern Review.

“What happened here?” I ask, touching a notch

on the outer bark of a tree’s cross-section.

“A branch was once there,” my husband replies.

Starting in the heartwood, the tree’s rings ripple

the tree remembered the missing, recorded

echoes of the branch that had been destroy.

You've been listening to the poetry of Nancy Chen-Long on the Poets Weave. I'm Romayne Rubinas Dorsey. 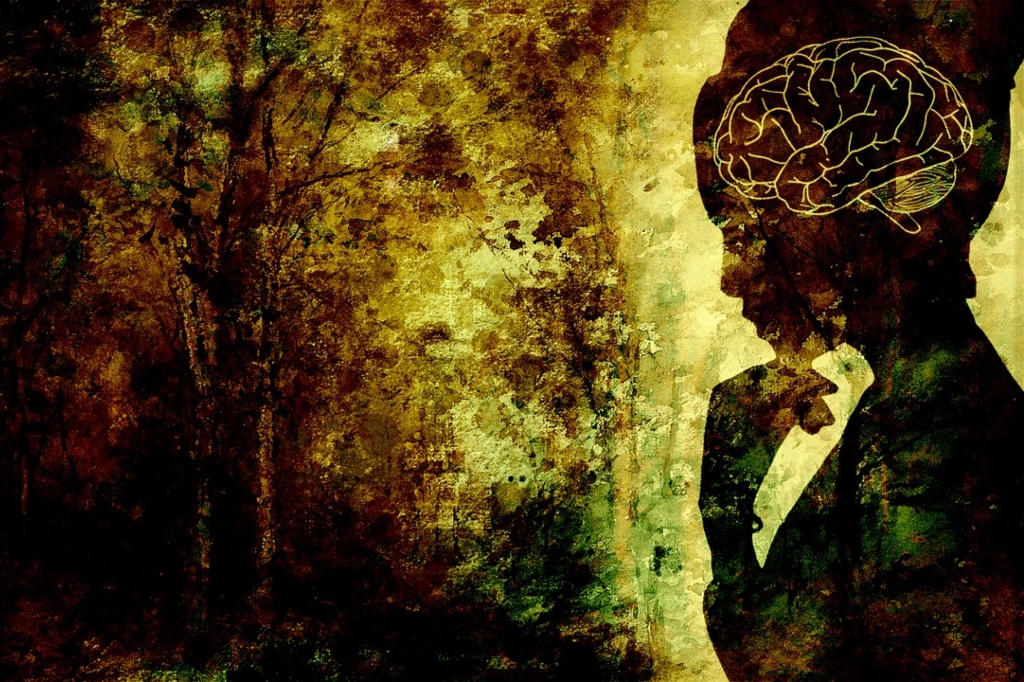 Nancy Chen Long is the author of Wider than the Sky (Diode Editions, 2020), which was selected for the Diode Editions Book Award, and Light into Bodies (University of Tampa Press, 2017), which won the Tampa Review Prize for Poetry. Her work has been supported by a National Endowment of the Arts Creative Writing fellowship and a Poetry Society of America Robert H. Winner Award. You’ll find her recent poems in Copper Nickel, The Cincinnati Review, The Southern Review, and elsewhere. She works at Indiana University in the Research Technologies division.

This week on the Poets Weave, Nancy reads “Your Brain Doesn’t Contain Memories—It is Memories,” "Narrative is the Native Tongue of the Brain," and "Echo," all from her new book Wider than the Sky.

[Note: "Narrative is the Native Tongue of the Brain" was first published in The Southern Review.]