The 30th Anniversary Of the Fall Of the Berlin Wall 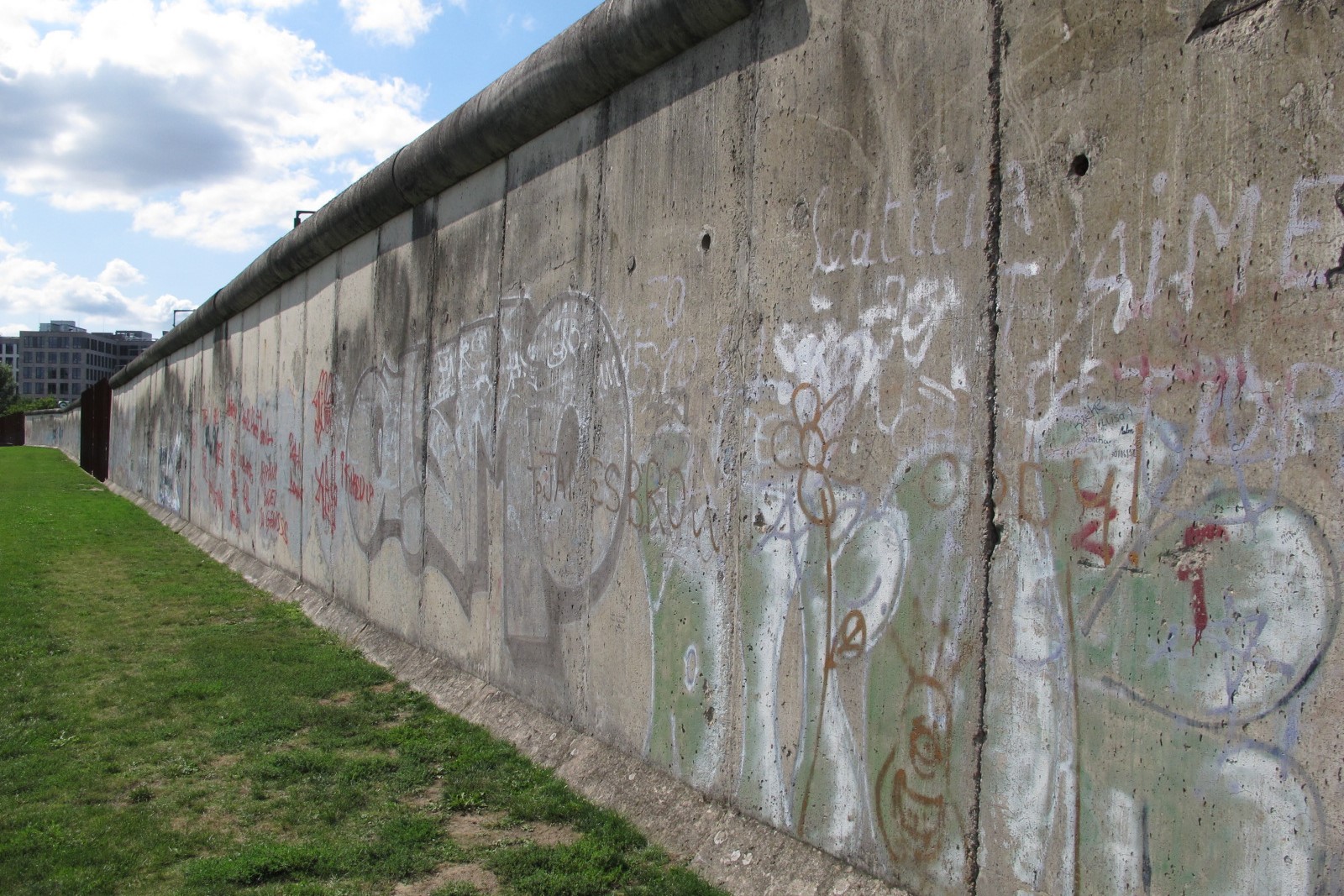 The Berlin Wall stood for 28 years. It is known as one of the most tangible symbols of the Cold War era. (Eric Gilliland, Creative Commons)

After World War II ended in 1945, Germany was divided into four Allied occupation zones. Though located in the Soviet Zone of Germany, Berlin was also divided into occupation sectors.

During post war treaty talks, the future of Germany and Berlin were contentious points of negotiation.

In 1948, The United States, Britain, and France brought their zones together into one occupation zone. This mounted tensions between Western Germany (US, France, and Britain) and Eastern Germany (USSR).

In an attempt to push the west to abandon Berlin, the USSR put began a land blockade on the border delineating between East and West Berlin. Soviet forces cut Allied-controlled areas of Berlin off from rail, road, and water access.

The United States and United Kingdom began airlifting supplies to Berlin from their bases in Western Germany.

The air crisis ended in 1949 when Soviet forces lifted the blockade on land access to western Berlin.

Between 1949 and 1961, some 2.5 million East Germans displeased with the communist system left for Western Germany, mostly through West Berlin. Many of those leaving East Germany were skilled laborers and professionals.

On August 12, 1961, 30 miles of barbed wire through Berlin, separating the eastern and western parts of the city by East German soldiers.

Eastern Berlin citizens were forbidden to pass the new barrier, and checkpoints for Westerners to enter were reduced and cut off.

Throughout the year, the wall continued to be built with soldiers, machine guns, watch towers, and mines guarding it.

In 1989, the eastern communist regime began to crumble as democracy spread across eastern europe.

On November 9, 1989, East German authorities announced travel restrictions to the west would be eased. Demonstrations demanding passage through the wall grew, and guards opened the border.

In 1990, Eastern and Western Germany were reunited.

This week on Noon Edition, we’re discussing the 30 anniversary of the fall of the Berlin Wall.

László Borhi provides some historical context to the Berlin Wall.

“The Berlin Wall the symbol of the Cold War. The collapse of the Berlin Wall became the symbol of the end of the Cold War. The Cold War on many occasions threatened with a nuclear show down between the Eastern Bloc, the Soviet Union, and the Western Bloc we call it, The United States. But how did this Berlin problem emerge? After 1945, the unintended consequence of the development of the confrontation between the Soviet Union and America led to the division of Germany. It was unintended, but that was the way it turned out. But on the other hand, there was an uncomfortable fact for the Soviets, that Berlin ended up in the GDR, but Berlin itself was divided to a Soviet sphere of influence and a western one, American, British, and French. “

He says eastern authorities thought there should not be a western presence in Berlin because it made eastern Germans feel life was better in the west.

“There was this famous American airlift that we all know about. The soviets and east German leadership, who was a hardline Stalinist decided at we cannot have a war, but we have to do something about this. Eventually the construction of the wall, and east German idea, was able to manipulate the hegemonic power, the Soviet Union, to save them by building the wall. Basically, it stabilized the situation in central Europe.”

Elaine Monaghan was a student in Berlin when the wall came down.

“The night when the spokesman announced, sort of by accident that the travel restrictions were being lifted for east Germans, we all had heard the news, we were talking about it. We were all wort of scratching our heads and saying, ‘This is obviously really important.’ We didn’t really comprehend it, and then we woke up in the morning going, ‘oh my gosh.’ I was working in a high school teaching English and of course I got to school and all the students were like, ‘Well, we’re not staying in class.’ So, I went with my students to the wall and we met some men who were traveling from Dresden. They’d never been to east Berlin before, much lass West Berlin. They were just two people from this huge mass of jubilant east Germans and west Germans. Everybody was crying and handing flowers to strangers and hugging and kissing, and there was this incredible feeling of optimism that no one has experienced quite since.”

Monaghan says she took the men she and her students met to show them West Germany. They wanted to see a western supermarket.

“Television in the United States basically comes of age with the Cold War.”

But 1960, around 90 percent of US households had a television, he says.

“At the time when TV news was becoming big, the wall is this very visual thing. It was a little hard to visualize the Cold War earlier, other than shot of when they do atomic bomb testing. But now when you have this wall, there are stories that you can tell everyday along this wall.”

Conway recently published a book researching the tensions playing out between media organizations at this time.

NBC’s 1962 documentary “The Tunnel” filmed three students in West Belin as they tried to tunnel under the Berlin Wall to recue friends and family on the Eastern side. Their mission ended up being successful.

“At the time it was the largest escape, largest number of people to escape under the wall, 29 people at least. The US government tried to shut down the documentary, West German, West Berlin. Print journalists were not happy, all these very interesting reactions. I kind of wanted to dig into the interesting story about this tunnel because there’s a lot of intrigue in the Tunnel 29.”

CBS also had a tunnel project, which was not successful.

At this time journalists were working closely with the government, Conway says. It was not known that NBC was doing a project on a Berlin tunnel and when the US government heard about it, there was a lot of pressure to suppress the footage.