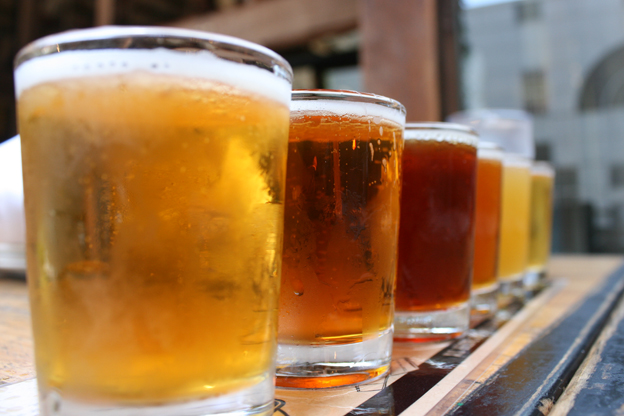 The number of craft breweries in Indiana has dramatically increased in recent years. In Bloomington alone, three new breweries have opened in the past two years.

A recent report by the Beer Institute shows that the craft beer industry grew production by 18 percent nationally last year and is a factor in the growth of the entire beer industry. But some now fear the tipping point at which the market becomes over-saturated with craft breweries.

Doug Dayhoff, president of Upland Brewing Company, says that isn't a concern for him.

"I think at the end of the day there's still a limited number of draft lines in the market place and there's a limited amount of shelf space at liquor stores and grocery stores, and that's going to keep it from growing infinitely," Dayhoff says. "At some point, there are more beers offered than there is space to retail them. That will be the asymptote that we bump up against. I don't think we're there yet."

Tristan Schmid, communications director of the Brewers of Indiana Guild, agrees that the craft brewing industry hasn't hit that point. He says the market is able to sustain the growth it's been seeing.

"Right now we are at almost 100 craft breweries in the state, but, surprisingly, the market saturation of craft beer is only about 5 or 6 percent, so that means one out of about every 20 people who goes to their store is buying the local craft option," Schmid says. "So there's a lot of growth to be had still."

Schmid credits some of the craft brewing industry's success to legislation allowing people to buy alcohol directly from the breweries on Sundays, despite the state's ban on Sunday alcohol sales.

"We're all helping each other out," Garcia says. "It's a really great community that we're all chasing the same buck, but we're all holding hands doing it."