The State Of Hate: Racism In America 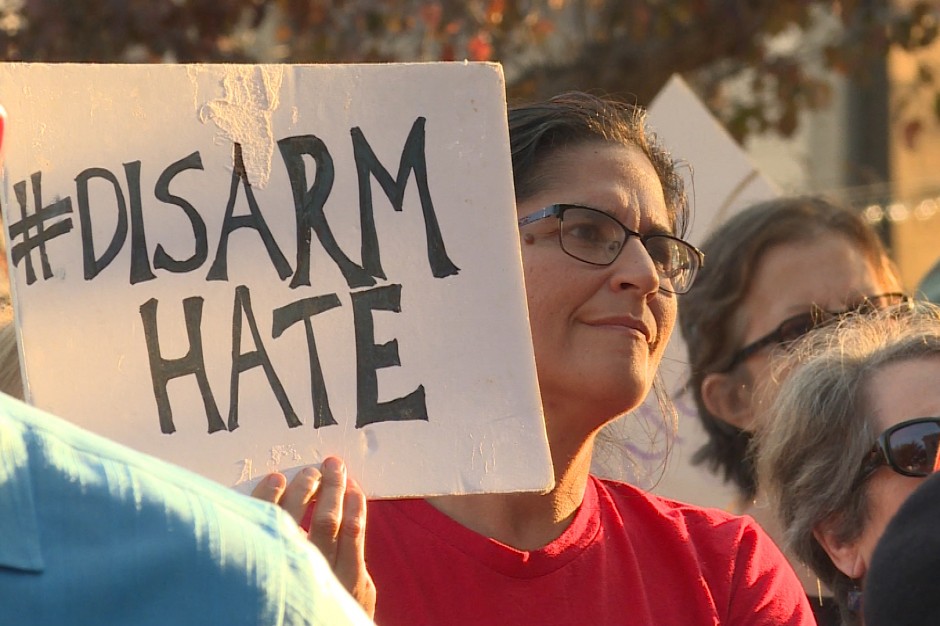 White nationalists and other right-wing groups gathered at a park this weekend in Charlottesville, VA demonstrating against the removal of a statue of Confederate General Robert E. Lee.

The rally ended in horror after a speeding car plowed into a march of counter-protesters, leaving 19 injured and one dead. The events sparked protests across the nation, including vigils throughout Indiana.

On this special Noon Edition, our panelists discussed the state of hatred and racism in America.

Amy Nelson is the Executive Director for the Central Indiana Alliance Against Hate. Nelson says the incident that took place is nothing new.

"It's been an escalation. This one was more public than previous events have had, but certainly if you are a member of a group that is commonly targeted with hate, you've been living this for a long time," Nelson said.

The incident in Charlottesville is renewing the push for hate crime legislation. Indiana is one of five states without a hate crimes bill.

Jeannine Bell is a law professor in the IU Maurer School of Law and has written extensively on hate crimes and criminal justice. Bell says with hate crime leglistation, we see the numbers of reported hate crimes increase. However, she thinks hate crime legislation does not act as a deterrent for hate crimes.

"So for instance, take the individual in Charlottesville who drove his car into protesters," Bell said. "He probably knew that some of them might be killed and murder was against the law, but that didn't stop him."

So where do we go from here?

Beth Applegate is the co-chair for Showing Up For Racial Justice (SURJ) Bloomington. She says showing up to courthouse protests is not enough, but rather it is a long haul organizing effort.

SURJ works to organize white people to become engaged in racial justice and interrupt racism. Applegate this can often times be a difficult process.

Applegate says many white people are often afraid of saying the right thing but what is important is that they have to try.