How Should Journalists Cover President Trump? 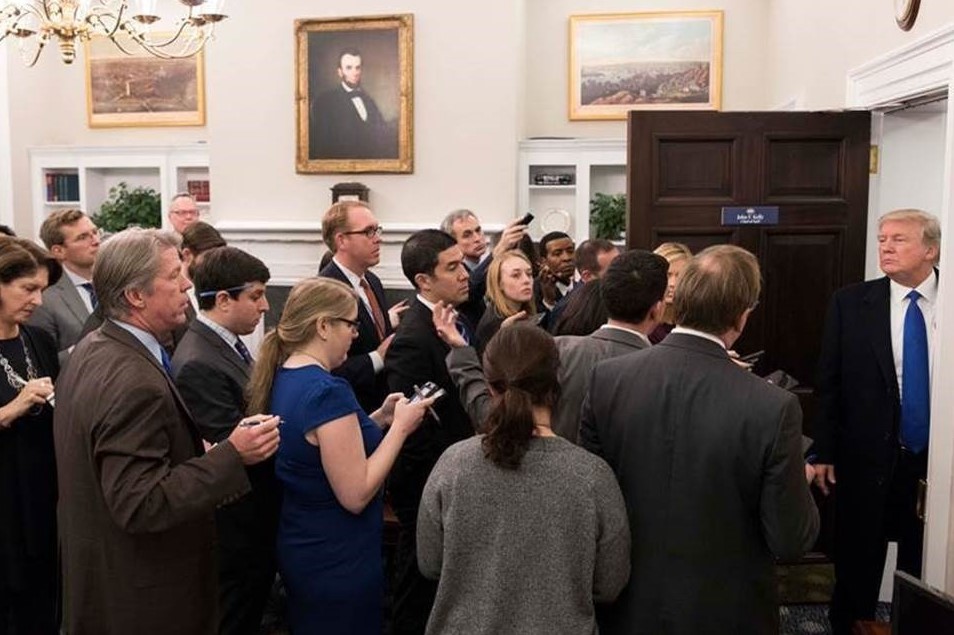 Noon Edition airs on Fridays at noon on WFIU

The Presidency of Donald Trump presents new challenges for journalists.

How should reporters react when the President of the United States labels them the “enemy of the people?”

When the President takes liberties with the truth, do journalists have a responsibility to call out a lie?

Did CNN’s Jim Acosta do the right thing in going toe to toe with the President, or did he simply make the headlines about himself?

Join us this week on Noon Edition as we talk to a panel of veteran journalists about the challenges facing journalists covering the Trump Administration.

Michael Puente, a reporter at WBEZ in Chicago and board member of the Society of Professional Journalists in Indiana, says that preventing the press from covering content is hurting the community as a whole.

“Public officials, whether it be the President, a governor or a sitting official, they’re doing a disservice to democracy and the American people when they prevent journalists from press conferences and other events based on whether they like the journalist,” Puente says.

Elaine Monaghan, a professor of practice at the Indiana University Bloomington Media School, says that there is a question to be asked about whether having an argumentative tone in White House press briefings is effective or not.

“I feel very strongly that it’s not the job of a journalist to get into a fight with anybody,” Monaghan says. “We’re standing in for the public in that situation so it’s our job to get answers to the questions with minimum drama.”

Bill Mitchell, formerly of the Poynter Institute, says that the current climate is proving to be a unique opportunity for executing skillful journalistic technique.

“How do you frame a question in a way that doesn’t immediately send a message to the audience that you’re aggressively opposed to the public official,” Mitchell asks. “You want to do it in a way that’s open ended and even handed enough that you engage all the audiences, not just opponents.”