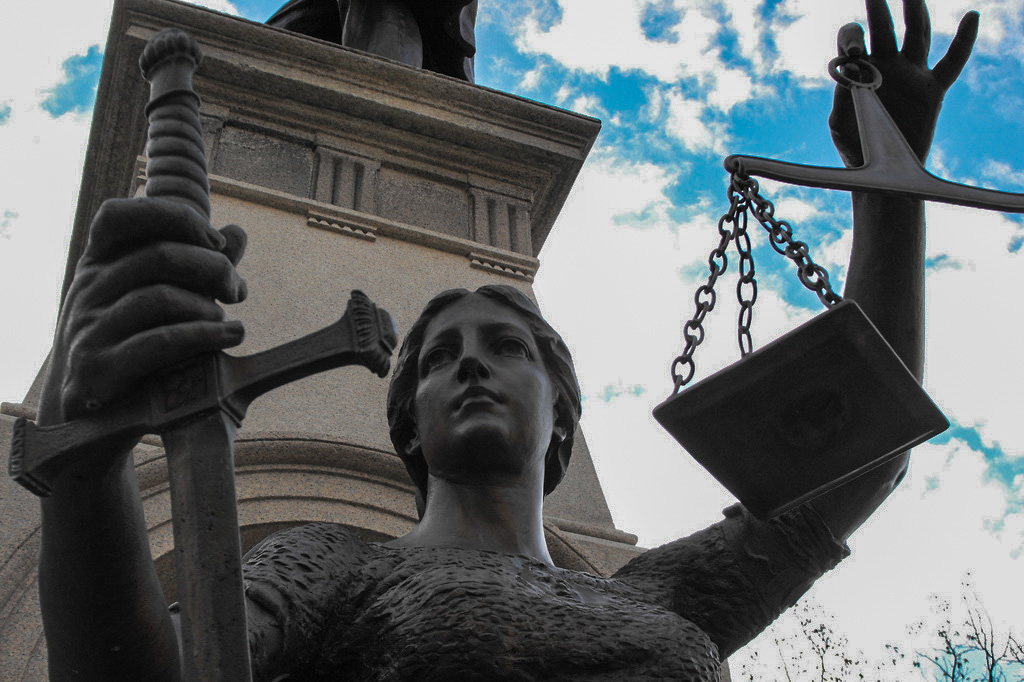 The Sixth Amendment was ratified in 1791 and it ensured the right to a speedy and public trial by jury, the right to counsel, and other rights aimed at making criminal prosecutions accurate, fair and legitimate.

It was not until 1963 that the court decision Gideon v. Wainright codified what is often heard during police arrests: “If you cannot afford an attorney, one will be appointed to you.”

Many people in Indiana facing felony and misdemeanor charges cannot afford to hire an attorney.

Though the Constitution guarantees citizens the right to representation, are Indiana counties adequately delivering on that promise?

This week on Noon Edition, as part of the Justice For All? series, our panelists discussed the state of Indiana’s public defender system.

In Indiana, the responsibility of providing indigent defense is put onto the county courts. The Indiana Public Defender Commission sets standards for county courts such as maximum caseloads and attorney training.

The state provides a 40 percent partial reimbursement for counties that meet these standards, but just more than half of Indiana’s 92 counties qualify.

“Some of these smaller counties, they struggle with having the funding in general and since there's no limit on caseloads, they could hire a lawyer for say $40,000 and say every case that's filed in this county, you cover,” Shircliff says.

David Carroll is the Executive Director of the Sixth Amendment Center in Boston, Mass. His organization released a report in 2016 that determined Indiana’s reimbursement model legitimizes counties’ choices to not fulfill the minimum standards of effective representation.

"The right to counsel is the right of the individual person that's been accused by the state," Carroll said. "It doesn't matter if the county gets most of it right or if they do an effective job on the few cases they bring to trial. You can't triage everybody's right in favor of one or two just because you find a special issue there."

Indiana is in the minority of states that use this model. Many solutions discussed included increasing funding and resources for attorneys and reevaluating the number and types of crimes prosecuted.