Indiana Ranks Second For Child Abuse Rates In The Nation 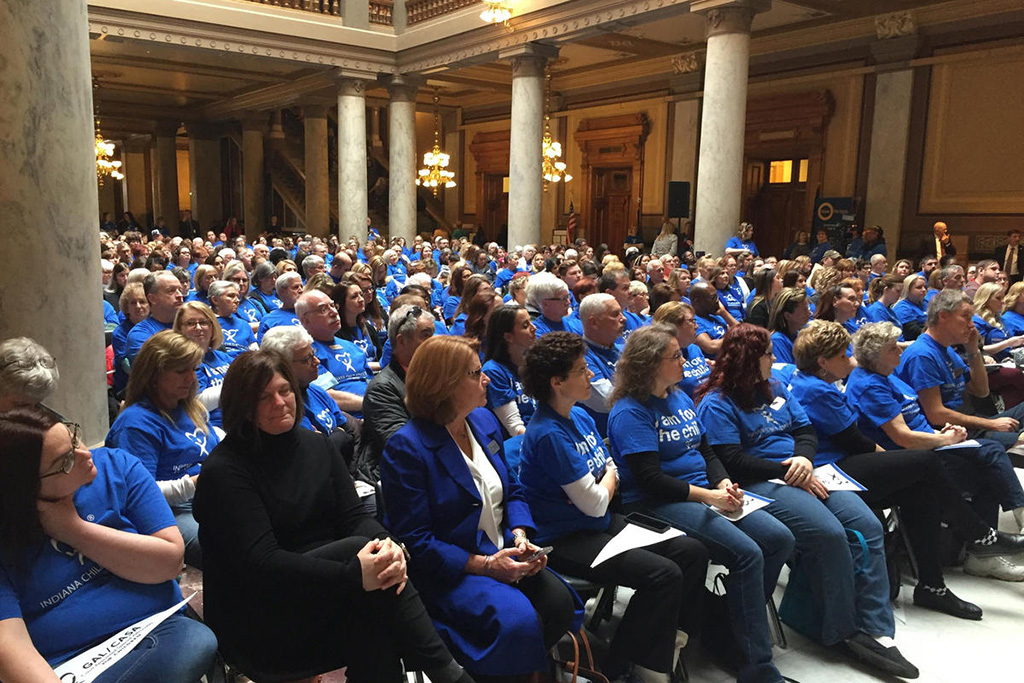 The number of child fatalities attributed to abuse or neglect decreased in 2017 after several years of that number increasing nationally.

But the number of victims and deaths is still higher than it was five years ago, the Administration for Children and Families’ most recent report says.

The report says the number of referrals made to Child Protection Services for investigative response increased by around 15 percent from 2013 to 2017.

When states submitted their data to the study, they reported increased use of alternative response programs and changes in state legislation about child welfare practices, which can influence how data is collected.

The report says Indiana has the second highest child abuse rate in the nation, behind Kentucky. In 2013, 116,986 Indiana children received an investigation or alternative response for potential neglect or abuse. By 2017, that number increased by almost 50,000.

Incidents of child abuse increased by about 34 percent from 2013 to 2017 in Indiana.

Court Appointed Special Advocates is a national association that facilitates providing abused and neglected children with a court advocate. For the first time in years, Monroe County CASA has enough volunteers to pair each volunteer with just one child.

Join us this week as we discuss child welfare nationally and in the state.

Judge Hill started CASA in Monroe County years ago. She says as a juvenile judge, she values having a CASA advocates because they monitor the case and present facts about the family and their situation.

“We needed a separate voice that was independent of the Department of Child Services or from the state entity to advocate for children to monitor. I think one of the most important things for me from my point of view as a juvenile judge was to have this entity coming in that was bringing facts, not just saying what is best for the child, or their perception.”

Bishay says it is important to have impartial volunteers, like CASA advocates, because when there is a case of abuse or neglect, sometimes the focus can get skewed away from the child’s best interests.

“The CASA’s main objective is to make sure the best interests of the child are always at the forefront of all the proceedings and all the judgements that are made for the family and the kids.”

Steele says her organization works with families who have been court ordered to work towards reunification. They work with families successful transitions to reunification and provide other services to create safe family environments. She says the families and children linger with her long after the case is officially closed.

“It carries on, just not you close the case and you’re done working with this family. These families linger with you for a long time. I was just notified the other night that this very severe physical abuse case that I had worked on and done some therapy on because I had specialized in trauma work that they were finally adopted and I got a photo of them and those kids were just smiling and happy. I’m so happy that they have found their right path in life to be well taken care of.”