Effects Of Surveillance On Everyday Living 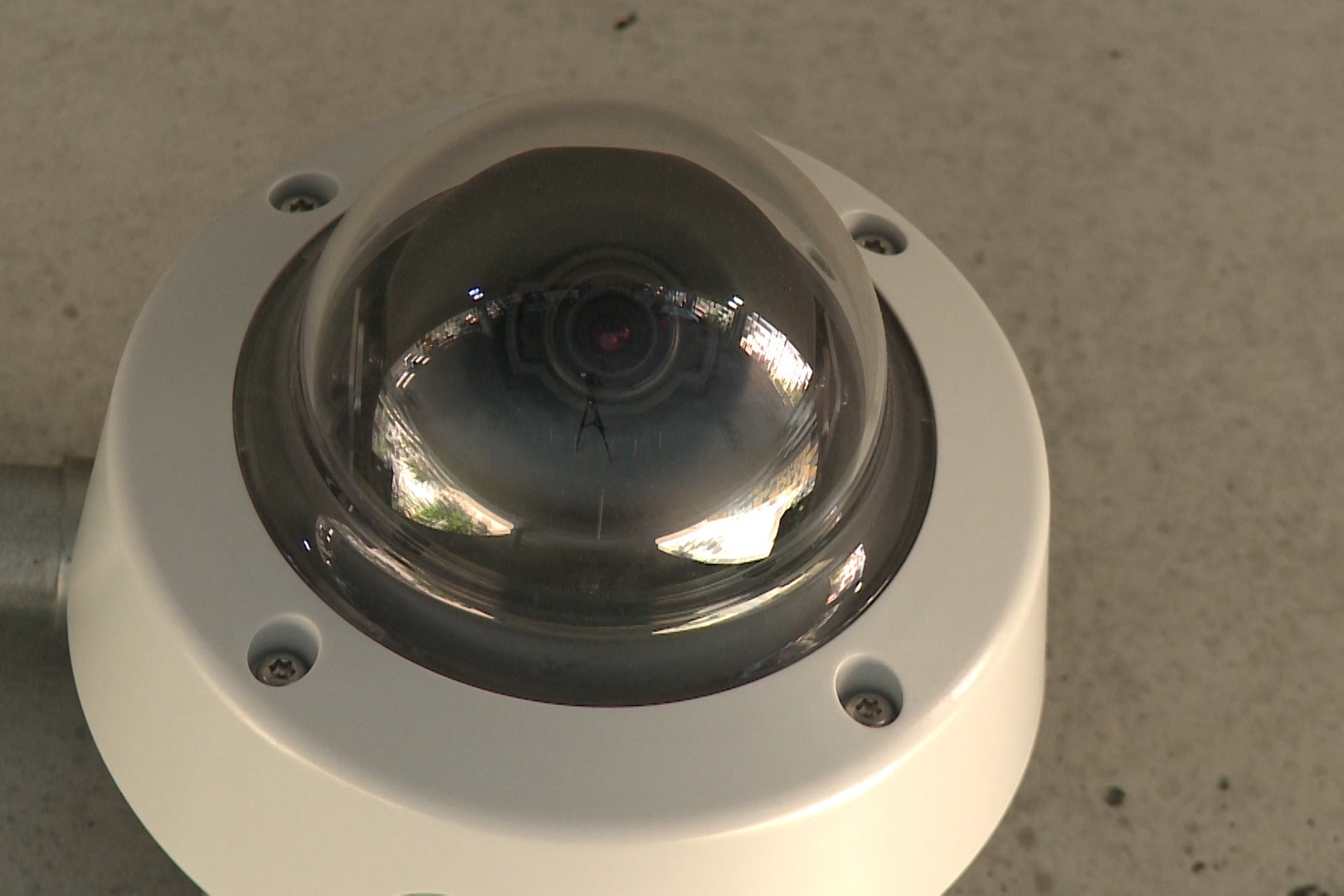 A surveillance camera in a city parking garage, one of 294 such cameras owned by the city of Bloomington. (Tyler Lake, WFIU/WTIU News)

A few years ago, the Bloomington Police Department installed six cameras as part of a pilot program on areas of the B-Line trail, Seminary Square and Peoples Park in an effort to counter reports of increased crime.

This summer, a Bloomington resident asked WFIU’s City Limits Series to investigate how many security cameras there are in Bloomington and how they’re used.

Captain Ryan Pedigo with BPD answered part of the question saying aside from the six set up for the pilot program, BPD only has cameras immediately outside its station. Footage is only looked at when a crime is reported.

The City of Bloomington itself has 294 cameras in 12 different sites, Deputy Mayor Mick Renneisen told City Limits. Fifty more will be installed at Switchyard Park.

Renneisen says none of the city’s cameras are constantly monitored.

One study says about 20 percent of U.S. homes use security cameras.

Cameras and surveillance are not only becoming more prevalent in people’s everyday lives, but technology like facial recognition is too.

Data systems compiling information on individuals’ faces is being created without knowledge or consent of the public across the country. Information has been collected through social networks, data services, and security cameras.

The data collection is stimulated by competition to have the most up-to-date technology for facial recognition.

While some support its use as a helpful breakthrough for law enforcement, others fear it infringes on civil rights.

The ACLU has reported that facial recognition technology misidentifies women and minorities at higher rates.

Programs using facial recognition technology like the Detroit Police Department’s Project Green Light have received criticism in the past and is under revision.

This week on Noon Edition, we’re talking about surveillance technology and the role it plays in our everyday lives.

Rick Dietz, Director of IT for The City of Bloomington

Fred Cate says surveillance serves many purposes in society and there are a lot of good reasons to use technology available. But, it is important that rules and policy be in place before technology is implemented.

“Law always lags behind human behavior …In this area in particular because the technology has just exploded the capacity of not only the government but industry and individuals to conduct surveillance, the law has been especially slow in catching up, ” Cate says.

Apu Kapadia is especially interested in social surveillance. People put a lot of trust in applications they download and with the technology they install in their homes.

“Now when you have cameras in the hands of just fellow citizens or your peers, like the Ring Door bell for example. Amazon has this doorbell called ‘Ring’ with a camera on it and the users can install an app and form a community, like a neighborhood watch community and share videos with each other. You can have some form of surveillance by ordinary citizens and peers, now you have to worry about what standards they’re going to apply, what are they going to do with this data. Being judged by your peers now opens up a new can of worms and a lot of anxiety,” Kapadia says.

He worries about where this technology can go. He says Law services are collaborating with Amazon to get access to some of this video footage.

Jane Henegar says advancements in technology always open up a discussion for what people understand to be their constitutional rights. She says it is hard for the average person to be aware of the full extent of the challenges posed by surveillance because the technology is so pervasive.  She says too often, policy is reactionary as technology advances.

“Eluding to those policies and laws, are they adequate, are they thinking about all the ways that this technology could be used? Not just for the initial purpose but subsequent purposes. How is it being stored? How is it being protected?” Henegar says.

She says the limits and policies put into place should be audited to make sure they adapt effectively as technology changes.

“We tried to dovetail our policy with what we’ve seen as best practices from other cities, particularly progressive communities and how they’re using those assets in a way that protects the interest of their community but also allows the government to make use of those new tools,” Dietz says.