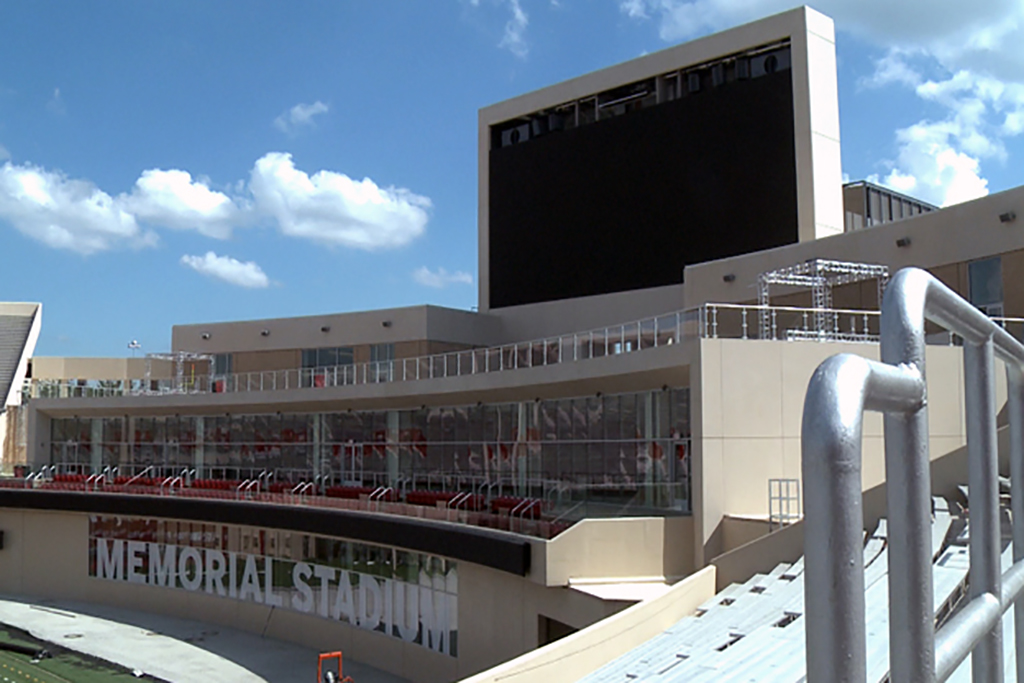 The study showed that more than 50 schools that have alcohol sales see game day attendance improve and a drop in alcohol related incidents.

Ohio State, Purdue, Illinois, Minnesota, and Maryland are the other Big Ten schools that already sell alcohol at games.

IU plans to allocate 10 percent of the sales to alcohol safety programming.

Join us this week as we discuss IU’s alcohol sales at Indiana Memorial Stadium this fall.

Tom Schott of Purdue’s athletic department says they have been selling alcohol at football games for some time now. He says the school is pleased with how fans have handled the change and there has not been a significant negative impact.

“Certainly in this day and age when we’re all competing for entertainment time and dollars, the more amenities you can offer, the better off you are, and our fans have enjoyed the option of having a cold beer or a glass of wine at our games.”

Galen Clavio, who has worked in sports journalism and broadcasting, says sports attendance on college game day attendance is declining, especially with younger generations who grew up accustomed to broadcast sports.

“It is a problem in terms of, how do you take a game day experience that for a long time was pretty spartan. It was just like, you go to the game, and there’s the game, and that’s it. How do you take that and try to give people some of the comforts that they would normally have at home, where they are most likely to be watching these sporting events.”

Scott Dolson of IU athletics says the university wants to improve attendance at games. The pilot program is meant to test the waters of serving alcohol at football games.

“It will be interesting to see how many people stay in the stands and maybe don’t go out at half time, although we’ll still allow them to, because we have beer and wine available in the stadium.”

Mallori DeSalle at IU-Bloomington’s School of Public Health thinks some of the research done on the effects of alcohol sales at football games is conflicting.

“In the research review that I did, I actually saw inconsistent data that said there were, some cases, no changes at all to the alcohol incidents on campuses and in other cases, increases. So I’m not sure there is definitive data that supports one thing certainly will occur from beer sales.”