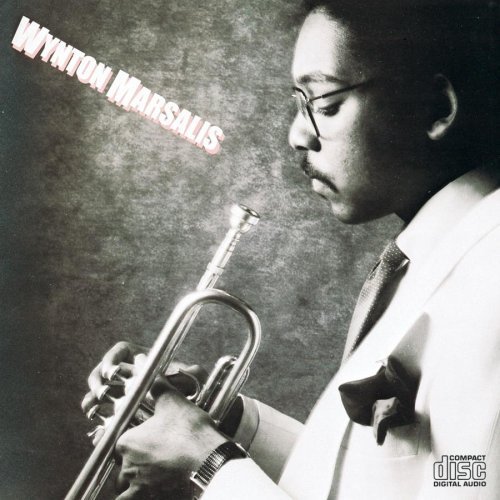 Wynton Marsalis is jazz's most prominent spokesperson, a figure who's both respected and scorned. At the dawn of his career, though, he was seen almost universally as a brilliant young trumpeter who was reinvigorating the jazz scene.

Influenced by hardbop predecessors such as Clifford Brown and Freddie Hubbard, in his early work Marsalis demonstrated what critic Larry Kart calls an "innate foxiness, a need to set off musical fireworks just for the fun of it." Writers and fans were impressed by his Wayne Shorter-like wit and superlative virtuoso technique: he played high and fast and was able to execute a broad variety of musical ideas.

Marsalis also won praise for his skills as a classical player. In 1983 he became the first musician ever to win a Grammy in both the jazz and classical categories.

Young Wynton: Early Marsalis features the trumpeter's inaugural recordings, including those with

...as well as a track from his leader debut. Taken on their own, these sides offer evidence that, putting aside what he'd pursue in his later years, the young Marsalis lived up to the hype that surrounded his emergence onto the jazz scene.

The image of Marsalis as a powerful curator of jazz history, for better or worse, has often obscured the music he made as a trumpeter barely out of his teens. From the beginning, though, he was full of strong opinions that hinted at the ideological and aesthetic paths he'd eventually follow, even as he also acknowledged his vulnerabilities. Talking to Mitchell Seidel for Downbeat in 1982, Marsalis said:

American people have been taught history in a distorted way. You say Beethoven to most people, even if they don't know music, a certain image is projected in their minds. You say Charlie Parker, and the image that is projected is, "Oh, he was that junkie." The music stems out of our suffering in this country – it's our statement – and we as a people don't accept it. Most of the audiences we play for are white, because they recognize the music as a significant contribution to Western culture and civilization.

And in his first published interview in Cadence (July 1981), he said:

I know the tradition of the music and I'm not going to record some trash like Weather Report or some crap with two chords on it and bass players vamping over and over again.

Further Reading On Wynton Marsalis In The Early 1980s: