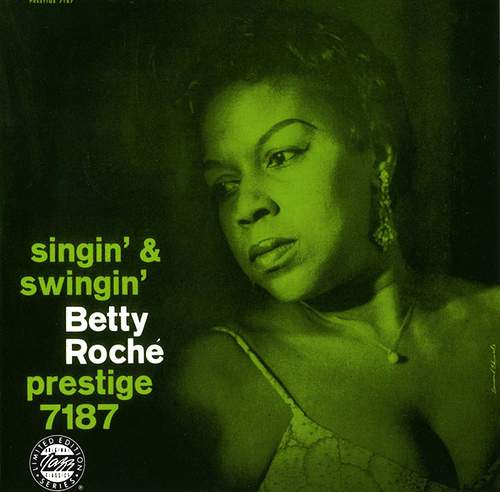 "Betty Roche was an unforgettable singer," Duke Ellington wrote of his former vocalist in 1973. "She never sounded like anybody but Betty Roche." Roche, the so-called "blues specialist" whom some consider to be one of the best vocalists Ellington ever had, replaced the popular Ivie Anderson in Ellington‘s band in late 1942, just as the American Federation of Musicians ban on commercial recordings was about to take effect; it was the first of several bad breaks that gave her an undeserved low profile on records.

In this program we‘ll hear nearly all of the live, transcription, and studio recordings that Roche did with Ellington, including her landmark performance of "The Blues" from Ellington‘s famous January 1943 Black, Brown and Beige concert at Carnegie Hall; her 1952 scat-vocal interpretation of "Take the ‘A‘ Train", and broadcasts from the Hurricane nightclub in New York City. We‘ll also hear Roche with Earl Hines and some Ellingtonians in 1944, as well as her post-Duke solo takes on "Rocks In My Bed" and "All Too Soon."

As a bonus, watch this rare movie clip of Roche with the Ellington band-a spirited performance of "Take the A Train" from the film Reveille With Beverly, set on a passenger car, with backing vocals from members of the Ellington orchestra. This is one of the earliest versions of the song with lyrics, filmed in the late autumn of 1942 and pre-dating the singer's much more famous take on "A Train" by nearly 10 years: