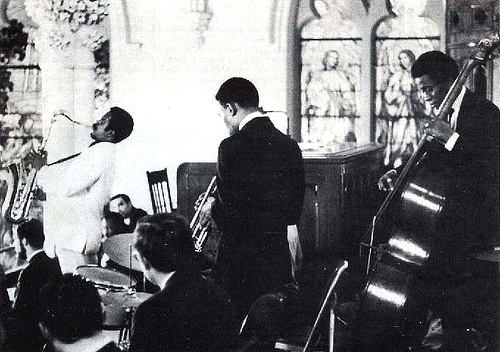 This Memorial Day weekend on Night Lights we present a sequel to last May‘s program, "Turn Out the Stars," with more jazz elegies written or performed for musicians who passed away.

This year‘s broadcast includes Albert Ayler‘s appearance at John Coltrane‘s 1967 funeral, a teenaged Lee Morgan‘s recording of "I Remember Clifford" (composed by Benny Golson for Clifford Brown) followed by Roy Campbell‘s "I Remember Lee," Jeanne Lee and Mal Waldron‘s take on Charles Mingus‘ "Goodbye Porkpie Hat," and a previously-unknown Joe Zawinul composition that surfaced just in the past year--"Requiem for a Jazz Musician," recorded by Cannonball Adderley in 1966.

For more jazz elegies, listen to our May 2005 program, Turn Out the Stars I.