Too Little, Too Soon: Booker Little 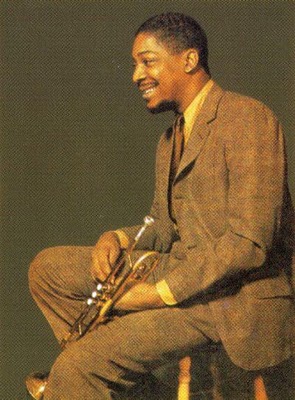 Trumpeter Booker Little was born in Memphis on April 2, 1938; he died in October of 1961 at the age of 23, leaving behind a small but significant body of recorded work that continues to influence modern-day jazz artists such as trumpeter Dave Douglas, who recorded a tribute to Little in the 1990s. He was part of a superlative generation of Memphis jazz musicians that included pianists Phineas Newborn and Harold Mabern and saxophonists George Coleman and Frank Strozier; like several of these men, he would move to Chicago in the late 1950s, where he studied at the Chicago Conservatory, met Sonny Rollins, and eventually joined Max Roach's hardbop group.

Little began his career under the sway of trumpeter Clifford Brown's sound, eventually forging his own approach that jazz scholar Paul Berliner describes as containing "high sustained vocal cries, short interjections of phrases with speechlike cadences and rhythms, long, rapid passages mixing complex scalar and chordal elements, and melodies with simple singable qualities often treated as sequences." In addition to his solo style, Little also became an increasingly sophisticated jazz composer, using unusual musical forms and meters and drawing upon the influence of jazz elders such as Charles Mingus and Duke Ellington, as well as contemporary Eric Dolphy. His compositions and his playing conveyed a high musical intelligence, an emotional outlook by turns melancholic and suddenly charged, and a keen lucidity--all reflective of the man himself.

"Too Little, Too Soon" features Little's recordings with Dolphy and and music from the four albums he made under his own name between 1958 and 1961. You can hear more of Booker Little in the recent Night Lights program The Memphis Mafia. (Two videos of Little playing with Max Roach's group in the late 1950s are also posted there.) Check out Jazzwax blogger extraordinaire Marc Myers' thoughts on Little as well.