"Thomas Merton Experiments with Meditations on Jazz": A Poem And A Night Lights Program 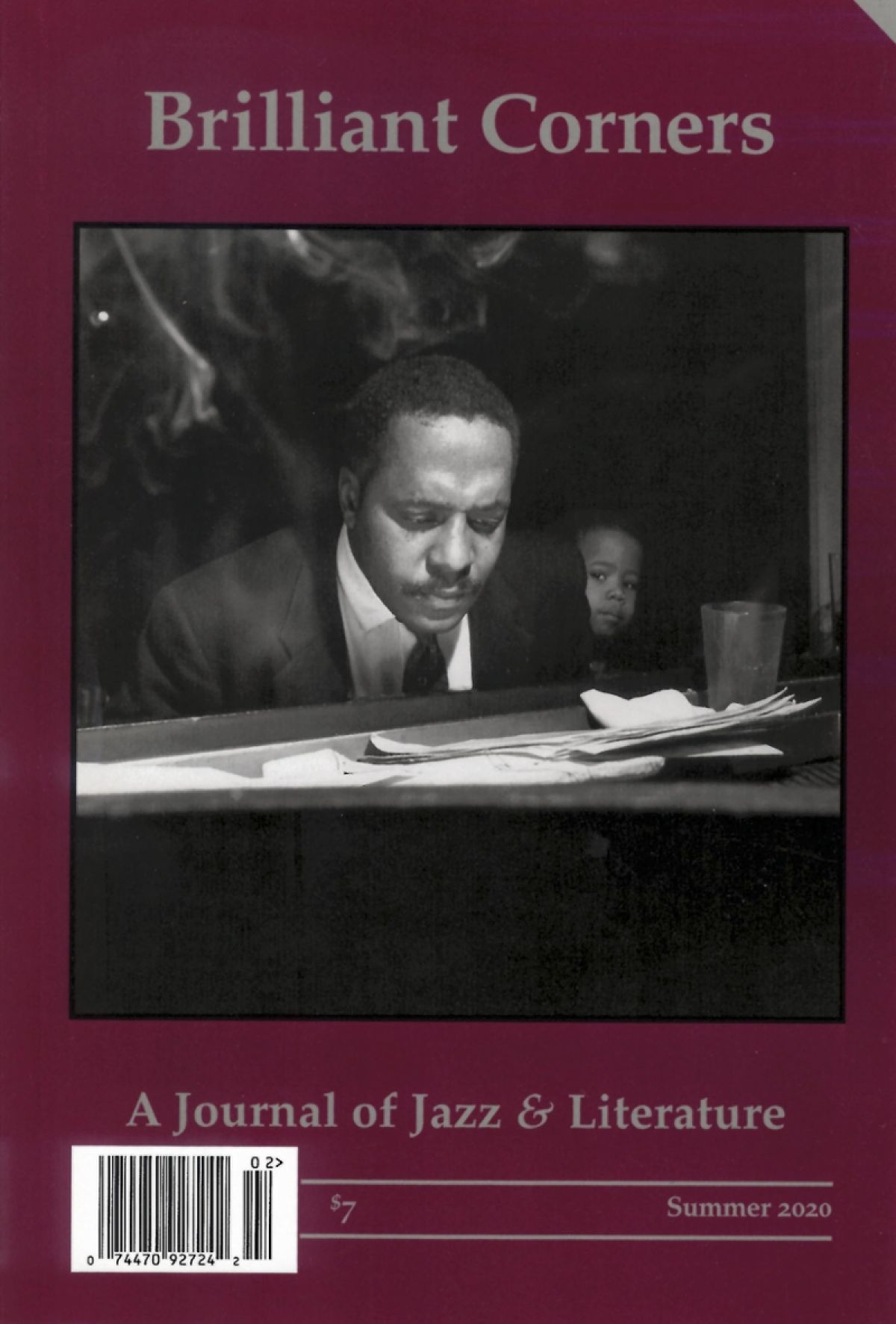 "The great chain of witnesses": a poem by Betsy Sholl in the new issue of Brilliant Corners drew its inspiration in part from a Night Lights show.

For many years now Sascha Feinstein, a poet, professor, and editor has published the literary periodical Brilliant Corners out of Lycoming College in Williamsport, Pennsylvania. Devoted exclusively to poems, stories, interviews, and photos of jazz-related content, Brilliant Corners remains a unique entry in the increasingly fluid and expansive universe of artistic media offerings. (Full disclosure: I met and befriended Sascha in the mid-1990s when he used to shop for jazz at the record store where I worked. He was one of the coolest of the jazz people who passed through our Kirkwood Avenue brick and mortar in Bloomington.)
When the Summer 2020 issue of Brilliant Corners landed in my mailbox recently, I immediately glanced at the table of contents, eager as always to see what musicians, what writers, what topics were on tap in the new arrival. There at the very front was a poem titled "Thomas Merton Experiments with Meditations on Jazz," one of three by Betsy Sholl, a Maine-based award-winning poet. Given my intense interest in both Merton and jazz--subject of the Night Lights show The Jazz Monk--I read the poem right away. It's a keenly-felt and beautifully-rendered response to recordings that Merton made while listening to jazz LPs in his hermitage in 1967. Having heard and used the little-known tapes in question for "The Jazz Monk," I was moved by how vividly Sholl captures the moment for Merton in April 1967, physically sequestered in the Kentucky woods but spiritually streetwise to the storm clouds of the 1960s. In bringing it to life, this jazz act of communion made in solitude, she expands the moment into a larger sum of time; Merton, a poet himself, would surely have appreciated and applauded her work. (He died at the age of 53 in 1968.)
"The great chain of witnesses" passage made me wonder if Sholl had heard "The Jazz Monk." I contacted her through Facebook Messenger and learned to my great happiness that she had, and that she was referring to the show in that passage. I asked her if I could reprint the poem here. With her permission, "the great chain of witnesses" continues now with the poet herself:
"Thomas Merton Experiments with Meditations on Jazz"
(Abbey of Gethsemane, April 1967)
It starts with Jimmy Smith swelling the B-3,
his music welling up out of those keyboards
as the Hammond's lift-off fills the moment,
like a small forever, how long it lasts.
And for that, thank you to the great chain
of witnesses: to Smith himself, and Merton
for recording his call and response, urging
the music on, to whoever gave this tape
to the DJ who then compiled and mixed the show,
and especially to my friend Ted
who sent the link that's let me hear the sound
of a man losing his life, which scripture says
we must: lose, loosen, let go, enter the music,
its eruption of vitality ghosted by pain,
as Smith works his Mojo, pulling out stops.
And then to whoever listens, Merton reads
from the book of Jeremiah: "Your work will be
rewarded... There is hope for your future."
April, 1967, the earth grinding on,
mixture of hope and dread, cities in flames.
The subject of his meditation, Merton says,
is who you identify with, is Smith pouring out
his soul, organ blazing, throwing off sparks,
black power in those chords; the subject is
the future still reeling through darkness, is
all things turning, the record, the tape, that mojo
still working, the earth still here, still backlash,
still these prophetic voices and still
the monk says, Got a choice who you listen to.
(Thanks to poet Betsy Sholl and Brilliant Corners editor Sascha Feinstein)