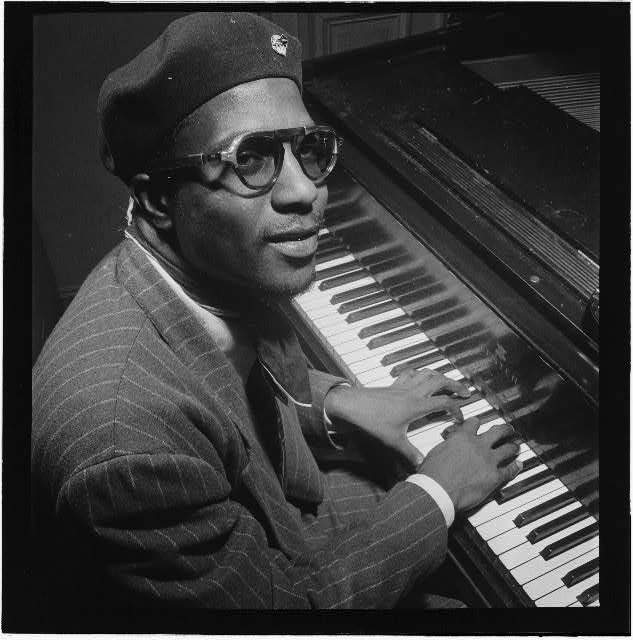 Thelonious Monk was an innovator deeply rooted in tradition, a stride-influenced pianist marketed as 'the high priest of bebop.' He was also a family man who became a bohemian icon, and one of the most significant composers of modern jazz. "Always know!" was a favored Monk proclamation, but in an ironic twist of fate, for more than half a century he's been one of the best-known and yet least-understood figures in the history of the music.

Author Robin D.G. Kelley spent 14 years working on a biography of Monk, now published as Thelonious Monk: the Life and Times of an American Original. Gaining unparalleled access to the pianist's family and to his archives, Kelley has produced a portrait that paints a portrait with depth and humanity of an artist most often characterized by his funny hats, his habit of dancing on the bandstand, and his eccentric behavior. At the same time, Kelley also offers numerous insights into the heart of Monk's music and his approach to playing piano.

In the first of a two-part Monk special, Kelley talks with me about Monk's early life in New York City's San Juan Hill neighborhood. We discuss a little-known woman stride pianist who played a key role in Monk's musical education, Monk's teenage tour-of-duty with an evangelical act, some of the misconceptions that surround the birth of bebop and Monk's role in it, and much, much more.

We'll also hear many of Monk's early Blue Note recordings, some of his early-1950s Prestige sides, recordings he made with Charlie Parker,and two live 1940s recordings that feature Monk at Minton's, the legendary Harlem club that hosted some of the earliest bebop jam sessions.

• Listen to some previous Night Lights programs about Thelonious Monk:

Side Monk: Thelonious Monk as Sideman

• Watch Robin D.G. Kelley talk about why he wrote his biography of Thelonious Monk:

• Read some "outtakes" from Kelley's biography that offer further commentary on Monk's music.