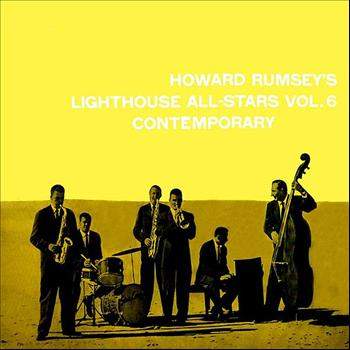 In 1949 former Stan Kenton bassist Howard Rumsey began a series of Sunday afternoon performances at the Lighthouse Cafe in Hermosa Beach, California, a club that had formerly catered mostly to merchant marines and other sailors. These jam sessions eventually spawned the collective known as the Lighthouse All-Stars, featuring many of the 1950s' best West Coast jazz musicians-Bud Shank, Bob Cooper, Shorty Rogers, Shelly Manne, and others. (Ken Koenig has made a documentary film about the Lighthouse in its heyday.) The group made a number of albums for the Contemporary label, and we'll hear selections from those, including "Witch Doctor," "Blue Sands," "Topsy," and many more.

Here's a later incarnation (1965) of the group, led by Bob Cooper, performing "One for Buck":