The International Sweethearts Of Rhythm 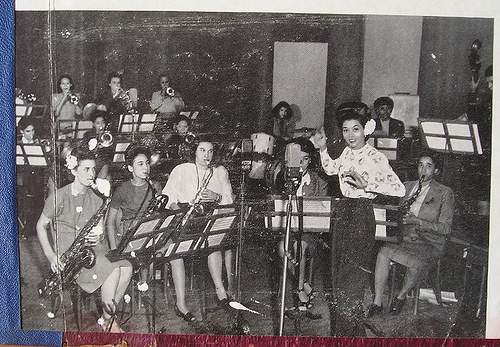 The International Sweethearts of Rhythm, considered today to be the most renowned of the 1940s "all-girl" bands, emerged in the late 1930s from the Piney Woods School, a foster-child institution for African-American children in Mississippi. The "International" part of their moniker was inspired by the Chinese, Hawaiian, Mexican, and Native American heritage of some of the members.

By 1941 the Sweethearts were playing the Apollo Theater in Harlem and garnering rave reviews in the African-American press; the advent of World War II, which led to the propagation of numerous all-girl bands, only lifted the Sweethearts' profile even higher. Their hard-swinging sound won them fans such as Count Basie, Jimmy Lunceford, and Louis Armstrong, and in 1945 they toured Europe, playing for military audiences who had followed them through Jubilee broadcasts. We'll hear some of those Jubilee broadcasts as well as some of the rare studio recordings that the band made.

Books About The Sweethearts And Other Women Jazz Artists

Watch the International Sweethearts of Rhythm in 1946: