The "Birth Of The Cool" Songbook 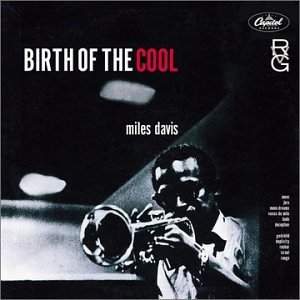 The album Birth of the Cool was a milestone in modern jazz. It was a handful of arrangements, compositions, recording sessions, and performances that, as historian Ted Gioia notes, "turned the jazz idiom on its head." Birth of the Cool extended the idea of what a jazz combo could sound like, and provided an aesthetic head of steam for several of its creators.

Recorded at the end of the 1940s by a group led by Miles Davis, these sides were obscure at first, released on 78s and known primarily to musicians. Nevertheless, they had a profound impact, influencing the West Coast jazz school and the later popular big-band projects that Davis recorded with Birth of the Cool colleague Gil Evans.

The music grew out of a kind of progressive-jazz salon that gathered in Evans' New York City basement apartment and that included future Modern Jazz Quartet pianist John Lewis and saxophonist Gerry Mulligan. Like Evans, Mulligan had written for Claude Thornhill's big band, a 1940s orchestra with a dreamy, languid sound and unusual instrumentation.

In his autobiography, Miles Davis wrote that Birth of the Cool was a smaller-ensemble attempt to emulate the sound of the Thornhill band. As jazz writer Richard Cook points out, though, the emphasis of brass over reeds, the reduced size, and the springiness of the soloists and the the rhythm section created a more limber and fluid music than that of Thornhill's orchestra.

• Watch Miles Davis at Montreux, near the end of his life, performing the Birth of the Cool tune "Boplicity" with an orchestra directed by Quincy Jones.