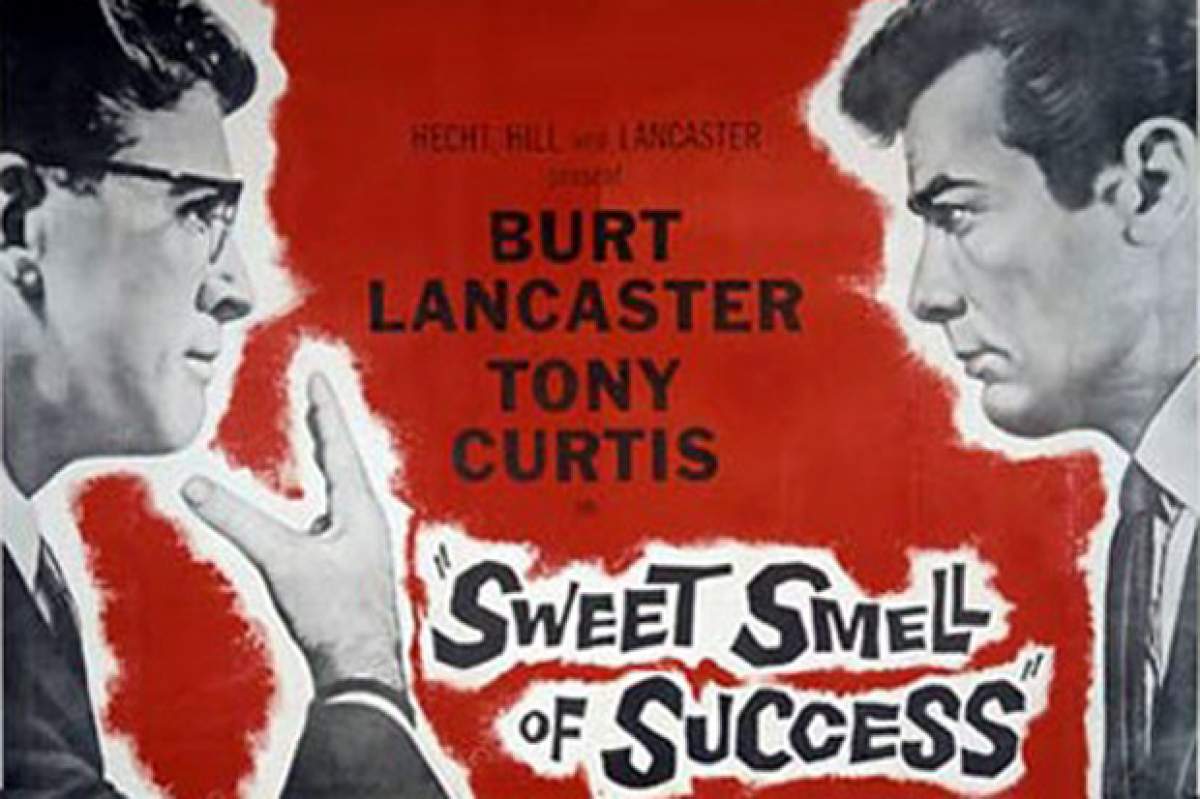 The 1957 film drew on both composer Elmer Bernstein and the Chico Hamilton Quintet for its jazz score.

In 1957 a fading Depression-era playwright, two hot box-office stars and a West Coast jazz group came together to create a dark portrayal of New York City showbiz life. The product of their collaboration is now considered to be a cinematic masterpiece.

Sweet Smell of Success is a gritty, Faustian-noir film about the exploits of Sidney Falco, an ambitious press agent played by Tony Curtis. Falco desperately wants to stay in the favor of J.J. Hunsecker, a powerful Broadway columnist, played by Burt Lancaster and allegedly modeled after the legendary media maven Walter Winchell. Hunsecker, who has an almost incestuous-seeming attachment to his younger sister, orders Falco to destroy her relationship with a jazz guitarist.

Jazz figures in Sweet Smell of Success both as a soundtrack and as a cultural signifier. Drummer Chico Hamilton's West Coast jazz quintet cameos in several night-club scenes in the film, with actor Martin Milner taking the role of regular guitarist John Pisano. Hamilton's group, which included cello, flute and guitar as key elements of its sound, was often referred to as 'chamber jazz.' The film also features a crime-jazzy score by Elmer Bernstein.

Sweet Smell of Success captures the uneasiness American culture between the end of the 1950s and the beginning of the 1960s. Caustic, bitter and showbiz-hip, it was a box-office failure when it was first released, but those very qualities, along with its crackling, memorable dialogue, have made it an enduring film classic.

Indiana University film professor James Naremore, author of a forthcoming book about the movie, and musicology professor Phil Ford join the program to talk about the look, music, dialogue, storyline, and ultimate significance of Sweet Smell of Success.

For More About Sweet Smell Of Success...

• Read an interview with Chico Hamilton about his group's role in the movie.

• Watch the Chico Hamilton Quintet and Tony Curtis in Sweet Smell of Success:

• Watch the trailer for the movie:

"[Martin] didn't know how to play guitar. So what happened was Milner put his left hand behind him and John Pisano, my guitar player, put his hand on the strings. It looked like Milner was playing the guitar, the way Jimmy Wong Howe shot it."