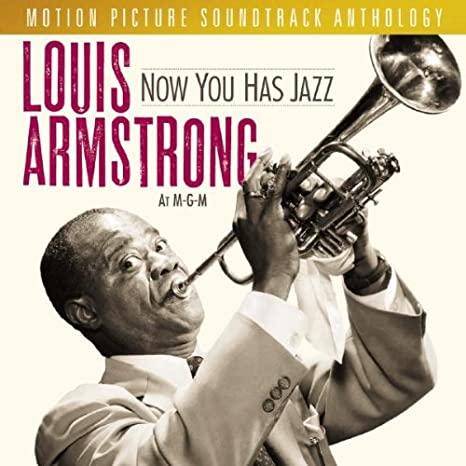 Celluloid Pops: Armstrong's extensive cinematic record is an often-overlooked part of his legacy.

Louis Armstrong was a legendary, innovative trumpeter, a vocalist who had a profound impact on jazz singing, and a dynamic entertainer. He got a chance to showcase all these aspects of his talent in 28 full-length films and several short features between 1931 and 1969.

and more, including the outtake "Ain't It the Truth" from Cabin in the Sky, and a few recorded encounters of Armstrong and one of his most fervent admirers, Billie Holiday.

In addition to Krin Gabbard's nearly-40-page treatise on Armstrong in his cinematic-jazz book Jammin' at the Margins (pg. 204-238), here's some more background on Satchmo's celluloid career:

And you can watch Holiday and Armstrong perform "Farewell to Storyville" from the 1947 film New Orleans here: