Rookie Of The Year: Curtis Fuller '57 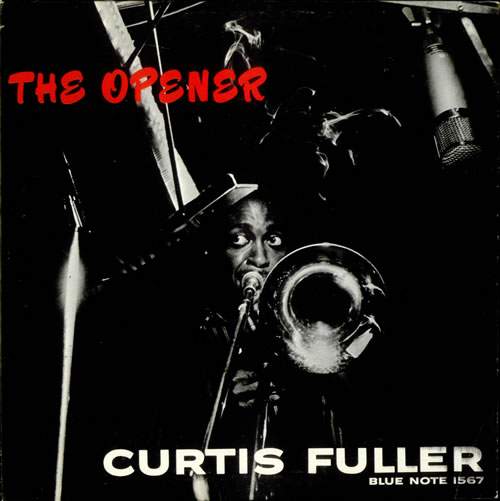 In 1957 Curtis Fuller, a 22-year-old trombonist from Detroit, Michigan, burst onto the New York City jazz scene and within a few short months recorded with notable artists such as John Coltrane, Bud Powell, and Jimmy Smith, appearing on six albums as a leader and fifteen others as a sideman—all amounting to one of the most striking debuts in the history of jazz.

Born December 15, 1934, Fuller didn't take up the trombone until he was 16, but an early-1950s musical stint in the Army with Cannonball Adderley and time spent in fellow Detroiter Yusef Lateef's quintet prepared Fuller for the jazz major leagues of New York City when Lateef took his group to record there in the spring of 1957. Fuller quickly gained notice for his wide range, creative solos, strong tone, and speed. Playing with Miles Davis' band at Café Bohemia, he came to the attention of Blue Note Records co-owner and producer Alfred Lion.

Making A Masterpiece With Coltrane

Lion employed Fuller in a variety of settings, including a leader date appropriately titled The Opener. In September the trombonist made a date with John Coltrane that became the first critically-acknowledged masterpiece of the saxophonist's career, Blue Train. Fuller often told the story years later about how he named one of Coltrane's compositions from the date for him, calling it "Moment's Notice," because he said that's how the piece was originally recorded. Fuller's slashing, fluid lines fit in perfectly with the brash hardbop swing of the album, which featured another up-and-coming musician, 19-year-old trumpeter Lee Morgan. Lion also teamed Fuller up with pianist Bud Powell and organist Jimmy Smith, making him the only person to record with those two and Coltrane—-just another aspect of Curtis Fuller's storied rookie year in jazz.

Fuller made recordings for the Savoy and Prestige labels as well that found him in the company of fellow Lateef bandmates and Detroit musicians such as saxophonist Sonny Red, pianist Hank Jones, bassists Doug Watkins and Paul Chambers, and drummer Louis Hayes. These sessions and his Blue Note leader date gave him a chance to demonstrate his gifts as a composer with pieces such as "Cashmere" and "Here's To My Lady."

After 1957 Fuller continued working and recording as a leader and as a sideman with musicians such as Benny Golson, joining Golson and Art Farmer's Jazztet in 1960. He also put in several significant years in the early 1960s with Art Blakey's Jazz Messengers, contributing a number of notable compositions to the group's book. His career ultimately extended into the 21st century with well-received late-period recordings such as I Will Tell Her and Down Home, and he was regularly grouped with J.J. Johnson and Slide Hampton in discussions of influential post-World War II trombonists. His debut year of 1957 still stands as one of the most striking arrivals ever of a young jazz artist. This edition of Night Lights closes with two more recordings from that year, featuring Fuller with Lee Morgan and with pianist Sonny Clark.

More Of The Sounds Of 1957 On Night Lights

Listen to some 1957 Curtis Fuller recordings that we didn't have room for in the program: