Returning The Call: More From The Unsung Hardbop Heroes Of Chicago 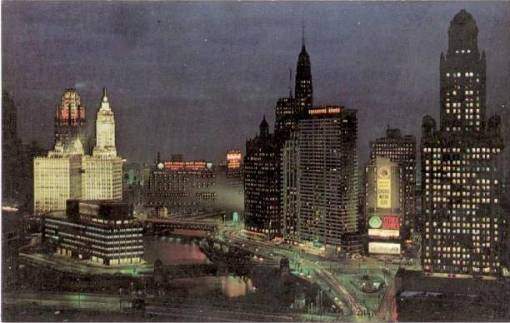 Night Lights pays another visit to the 1950s and 60s era of Chicago hardbop this week with Returning The Call: More From The Unsung Hardbop Heroes Of Chicago, a show that features some of the artists mentioned below.

Pianist Muhal Richard Abrams would gain critical renown as a member of the groundbreaking 1960s Chicago avant-garde scene. Abrams worked frequently as a hardbop pianist in the 1950s; he was a part of one of the scene's best hardbop groups, the MJT + 3. Led by drummer Walter Perkins, later incarnations of MJT + 3 would feature Memphis transplants like Harold Mabern and George Coleman, but the first version of the group included several of Chicago's best around-the-town players, including saxophonist Nicky Hill, trumpeter Paul Serrano, and Muhal Richard Abrams, who also did a lot of writing for the group. (Reada previous Night Lights post on the so-called Memphis Mafia here.)

In the Fifties [Muhal Richard Abrams] maintained a busy, successful career as a bop composer-pianist, yet he grew progressively unfulfilled by bop's confines. He began listening closely to Art Tatum's solo piano recordings: "I found out from Art Tatum that I needed to adhere to my rhythmic feelings more, and then I would have less trouble keeping up with what wanted to come out."

Tenor saxophonists Clifford Jordan and John Gilmore, like many other Chicago jazz musicians of note, were both taught as youths by the legendary Captain Walter Dyett at Chicago's DuSable High School on the South Side. In 1957 they teamed up for Blowin' In From Chicago, a Blue Note album that jazz critic Larry Kart calls "the Ground Zero" of late 1950s/early 1960s Chicago hardbop.

Pianists John Young and Eddie Higgins were two underrated but important presences on the Chicago jazz scene (though they weren't at all underrated in their hometown!). They held down house pianist positions at two important Chicago venues, the London House and the Jazz Showcase.

An alluring mixture of several elements: He merged an earthy blues sensibility with a remarkably refined technique, and he brought the hot dance rhythms of the swing era into the newer idiom of bebop.

Like Eddie Higgins, saxophonist and trumpeter Ira Sullivan had departed Chicago by the 1970s for the warmer environs of Florida. He remains rooted in and proud of his Chicago jazz heritage. "Everyone always said, ‘You gotta go get your New York stamp,' Sullivan said in 2007, looking back at his time in the city. "And I'd reply, ‘We lay in wait for cats from New York here.'"

Trumpeter Paul Serrano was a part of the first MJT + 3 group. He built an impressive resume as a sideman, working with Woody Herman, Billy Eckstine, blues and Latin bands, and even the Chicago Civic Symphony, but he hardly recorded at all as a leader, and he'd end up gaining more renown as a studio producer in the 1960s and 70s, helping to shape the sound of many Chicago soul, gospel, and blues records. In 1960 he made a record for Riverside that featured several Chicago stalwarts, including saxophonist Bunky Green.

For More On Chicago Hardbop...

Take a second tour around the Second City on Night Lights: