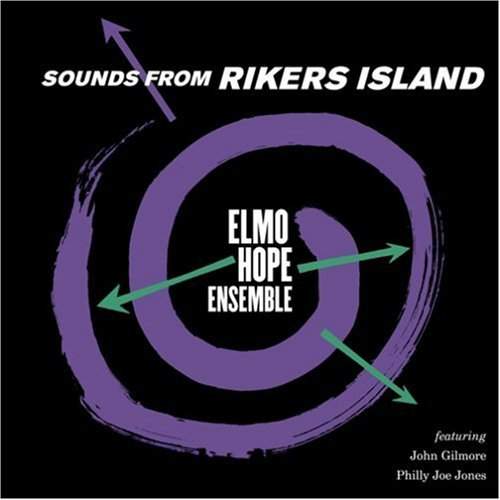 This program focuses on two unique early-1960s albums, one by guitarist Joe Pass, the other by pianist Elmo Hope.

Pass's 1961 Pacific Jazz LP, Sounds of Synanon, was his debut as a leader. Although he'd begun to play professionally as a teenager in the late 1940s, stays in prison and rehabilitation centers for drug addiction had hampered his career throughout the 1950s. All the personnel on the album were residents at Synanon, a Santa Monica, California recovery center that had been featured earlier in the year in Downbeat. (Other jazz musicians that would pass through its program in the next few years would include Charlie Haden and Art Pepper, who wrote at length about Synanon in his autobiography Straight Life.)

Despite the program's success in treating addicts, from the late 1970s on it began to succumb to ever-increasing managerial authoritarianism, criminal charges, and loss of its tax-emption status.

Sounds From Riker's Island was a 1963 album project conceived by vibraphonist Walt Dickerson and a producer named Sid Frey. The ensemble, led by pianist Elmo Hope, consisted primarily of musicians who had struggled in one way or another with addiction: It included drummer Philly Jo Jones and tenor saxophonist John Gilmore (in one of his rare appearances away from Sun Ra's Arkestra).

Nat Hentoff's liner notes argue for a more humane treatment of musician-addicts. The title is an allusion to the place where such artists usually found themselves if they were arrested for narcotics violations in New York City.

Both albums now stand as early social documents of recovery culture in the United States, from a time when addicted jazz musicians were routinely stigmatized and condemned by the media and society.

• Watch this video of Pass performing not long after Sounds of Synanon was released: