Reminiscing In Tempo: Remembrance In Jazz And Popular Song 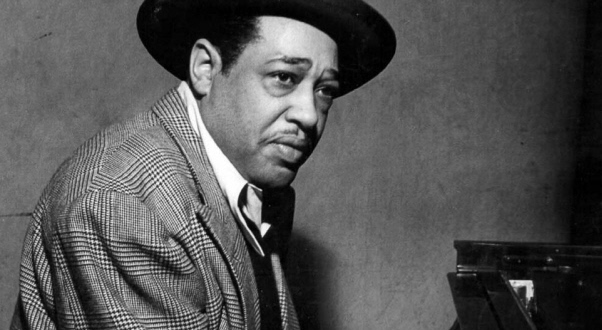 Over the years a number of lovely and haunting songs and themes have been composed or performed in ways that mourn or remember loved ones who‘ve been lost. In honor of the coming Memorial Day holiday, Night Lights features remembrance music this week from jazz and popular song artists such as Anita O'Day, Charlie Haden, Nina Simone, Tommy Dorsey and Frank Sinatra, Marian McPartland and more. The centerpiece of the program comes from one of America's most renowned composers.

In May of 1935 Duke Ellington‘s mother passed away at the age of 56, precipitating one of the worst crises of her son‘s adult life. Some time later, while riding with the band on a train through the South, he began to write what would emerge as a musical memorial--"Reminisicing in Tempo," describing it as

a detailed account of my aloneness after losing my mother… Every page of that manuscript was dotted with smears and unshapely marks caused by tears that had fallen. I would sit and gaze into space, pat my foot, and say to myself: ‘Now, Edward, you know she would not want you to disintegrate, to collapse into the past, into your loss, into lengthy negation or destruction. She did not spend the first part of your life preparing you for this negative attitude.

The design of the piece is based on constant variation and development of the main material and of supplementary motifs … Emotionally, the music gradually clouds over, sinking deeper into darkness and despair, and then works through to a final section which allows a brighter, more optimistic conclusion … Ellington‘s use of the band is tightly controlled and the soloists are used solely for contrasts of color, texture, and phrasing… It is impossible to find in all of Ellington‘s vast output a work where he more consciously uses the orchestra as a medium of his own personal expression.

"Reminiscing in Tempo" was a signal moment for Ellington and pointed the way towards future long-form works that would further his legacy as a major American composer; out of his grief came creative life.