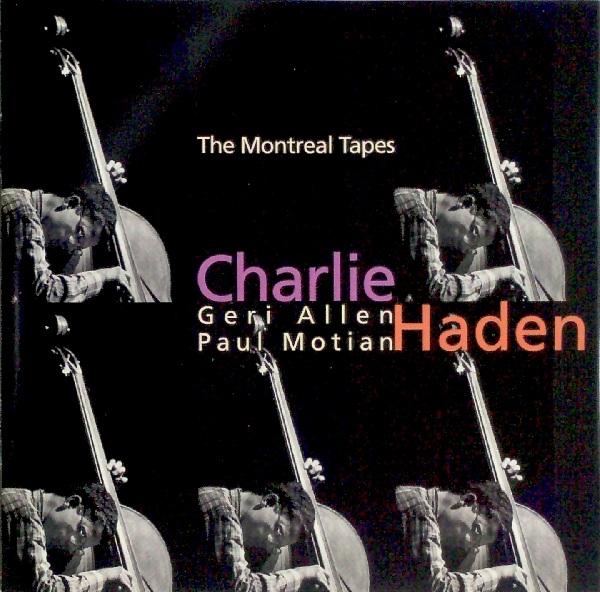 Charlie Haden, who passed away on July 11, 2014 at the age of 76, set the style for the role of the bass in the free-jazz movement as a member of Ornette Coleman‘s pioneering late-1950s quartet, and went on to pursue a long career in music that explored everything from political to pastoral to noir movie themes. In this Night Lights tribute we‘ll hear him with Coleman, Keith Jarrett, and Hank Jones, and with his own groups the Liberation Music Orchestra and Quartet West.

From "Cowboy Charlie" to Ornette Coleman

Charlie Haden was born in Shenandoah, Iowa in 1937, and grew up in a musical family that performed country music on the radio under the name the Haden Family, with Haden himself being billed as "Cowboy Charlie." He began playing bass as a teenager after polio damaged his singing voice. In 1951 he saw a Charlie Parker concert that changed the musical course of his life, and he ended up moving to Los Angeles, where he built his reputation as a talented bassist playing with many West Coast jazz musicians, and where he met Ornette Coleman, the avant-garde saxophonist who was about to throw the jazz world into upheaval. It was a revelation for Haden, who recalled in 2006 that

I wanted to play on the inspiration of a composition rather than on the chord structure -- and every time I tried to do this the other musicians that I was playing with would be upset with me. The first time I played with Ornette all of a sudden the lights were turned on for me because here was someone else who was ... doing the same thing I was trying to do.

Trumpeter Don Cherry and drummer Billy Higgins rounded out the Ornette Coleman Quartet that eventually made its way to New York City in 1959 for a long-running stand at the Five Spot jazz club, drawing high-profile jazz artists and other cultural celebrities such as Leonard Bernstein to their shows and provoking a storm of controversy in the media. In his book The History Of Jazz Ted Gioia describes Haden‘s role in the quartet as

an anchor both musically and personally to the horns. Bespectacled, owlish, Haden looked the part of an apprentice clerk in a bank. But his bass lines subverted the image; they captured a piquant meeting ground between consonance and dissonance, powered the band with a rock-solid beat, and softened the hard edge of this freedom music with a sweet, warm tone.

Though Charlie Haden is often associated with Ornette Coleman, he also spent a significant amount of time performing with pianist Keith Jarrett, in both trio settings and with Jarrett‘s so-called "American Quartet" group of the 1970s… and the final CDs featuring Haden to be released in his lifetime were collections of duets with Jarrett. Haden first teamed up with Jarrett in the late 1960s, after spending some time in California‘s Synanon program, an addiction-recovery institution favored by a number of jazz musicians. After Haden passed away in 2014, Jarrett had this to say about him:

The bass became the bass again in your hands, after all the players who thought they were making it hipper, while they were also making it more synthetic and metallic and harsh and cold... You wrapped yourself around the bass while you played; inhabited it, made love to it; and those of us who heard you and played with you heard that… He was a rare, true original. Perfect intonation, the biggest ears, the warmest, most captivating tone in the history of the jazz bass; and always musical.

In addition to performing often with Jarrett and with Ornette Coleman again throughout the late 1960s and the 1970s, Haden also put together a musical vehicle for his progressive political beliefs, called the Liberation Music Orchestra. The orchestra‘s first album, which appeared in 1970, drew on folk songs from the Spanish Civil War, as well as compositions by Haden himself and by pianist Carla Bley, just one of several notable avant-garde jazz musicians who played in the orchestra. Not long after its release, in 1971, Haden was performing with Ornette Coleman in Lisbon and dedicated his composition "Song For Che," a tribute to the revolutionary Che Guevera, to the black liberation movements of Mozambique and Angola, and ended up getting detained for doing so.

In his New York Times obituary Nate Chinen wrote, "Mr. Haden had a deep, grounded way with the bass and a warm, softly resonant tone. His approach to harmony was deeply intuitive and sometimes deceivingly simple, always with a firm relationship to a piece‘s chordal root. Along with his calm, unbudging rhythmic aplomb, this served him well in settings ranging from the ragged and intrepid to the satiny and refined. His own acclaimed bands, like the Liberation Music Orchestra and Quartet West, handily covered that stylistic expanse."

That ability to play in a wide range of musical contexts inevitably led Haden to perform with a wide range of musicians. In 1989 he put on a series of concerts in Montreal that featured him with different players every night, including his former Coleman Quartet bandmate Don Cherry, saxophonist Joe Henderson, guitarist Egberto Gismonti, and pianist Geri Allen, who would herself become a member of an Ornette Coleman-led quartet in the 1990s.

Haden also had a great love for standards and movie themes, particularly of the 1940s. His wife Ruth Cameron helped serve as the inspiration for the group he put together in the 1980s, Quartet West, which focused on such music, as well as bop repertoire. Writing about the group, jazz critic Francis Davis said, "No band in jazz has a stronger sense of place than Quartet West--the place being Los Angeles in the period after World War II, the Los Angeles that Haden just missed on arriving there in 1957." In addition to movie themes and standards, Haden also composed music for the Quartet West albums that paid tribute to the noir culture that he loved so much--an atmospheric world straight out of Raymond Chandler‘s Philip Marlowe novels.

Returning, At The End, To His Roots

In the last two decades of his life Haden continued to perform in a wide variety of musical settings, including a reunited configuration of his Liberation Music Orchestra in the wake of 9/11 and America‘s invasion of Iraq. His family‘s artistic legacy continued in a new generation through his son and his three daughters, who have all pursued musical projects. After Haden died in July of 2014, The Bad Plus pianist Ethan Iverson collected testimonials from more than 40 musicians and posted them on his Do the Math blog. In his testimonial pianist Jason Moran said,

Charlie had a way of simultaneously pulling notes from the ground and from the air. He was able to sonically display the expanse of the bass's possibilities. Whether deep in the groove, or free of the groove. One night while putting our kids to sleep my wife said to me, "I need to meet the man that makes music that includes so much history in a bass line.

This Night Lights tribute to the man who put so much history in a bass line closes with two late-period recordings that feature him returning to musical roots---including his own, in the form of the country and folk music he grew up performing, from the 2008 album Ramblin' Boy, which also featured all of his children. We‘ll hear him singing "Shenadoah," which coincidentally is also the name of the town in Iowa from where he came, and playing the title track of Steal Away, the 1995 duets album of spirituals that he recorded with pianist Hank Jones.