Shirley Scott, Queen Of The Organ 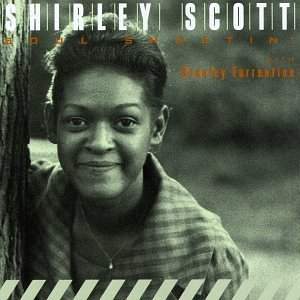 Although she was an admirer of Jimmy Smith, Shirley Scott found her own sound on the Hammond B-3 and became its most renowned female practioner, recording a number of soul-jazz classics from the late 1950s onward. We'll hear selections from the many albums that she and husband Stanley Turrentine recorded during the 1960s, as well as collaborations with Eddie Lockjaw Davis and Oliver Nelson, and her rarely-heard 1974 Strata East album One for Me.