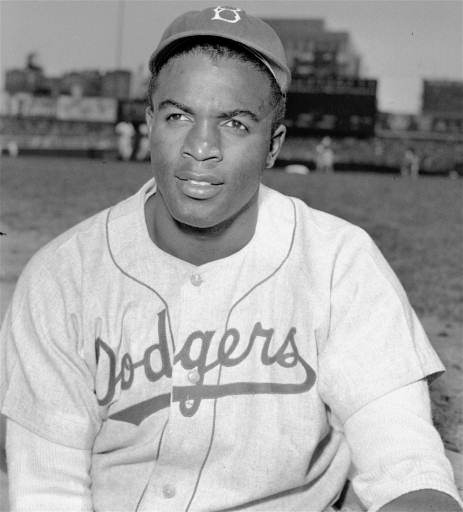 Today African-American heroes and heroines and figures of inspiration are celebrated in American culture, but it wasn't always so. In the mid-20th century it was sometimes jazz artists who stepped up with musical dedications to people such as Jackie Robinson, Marcus Garvey, Paul Robeson, and Malcolm X. In the next hour we'll hear some of these tributes from Count Basie, Freddie Hubbard, Oliver Nelson, Max Roach, Lee Morgan, and others.

(Duke Ellington and his "Portrait of Mahalia Jackson," honoring the African-American gospel singer, from Ellington's 1971 album New Orleans Suite-one of several compositions on that album dedicated to African-American artists of note).

In the 21st century it's no longer uncommon for African-American achievers and figures of inspiration to be celebrated in American culture. There's a holiday for Martin Luther King Jr, a month devoted to black history, and books and movies that commemorate the struggles and stories of those who battled racism in their personal and public lives on the way to artistic, professional, and political fulfillment. On this edition of Night Lights we go back to a time when such celebrations were unusual, often coming from jazz artists who paid tribute to people who epitomized perseverance and success, in one form or another, to black Americans suffering the injustice of segregation and institutionalized discrimination. We'll start off with Buddy Johnson's hit late-1940s song of praise for the barrier-breaking baseball player Jackie Robinson, and then we'll jump to the 1970s with trumpeter Freddie Hubbard's ode to basketball superstar (and, coincidentally, jazz fan) Kareem Abdul-Jabbar:

"Did You See Jackie Robinson Hit That Ball" was also recorded by Count Basie, and it wasn't the first time that Basie had honored an African-American athlete with a musical tribute. In 1941 he and novelist Richard Wright, author of the landmark African-American novel Native Son, collaborated on a long song about heavyweight boxing champion Joe Louis and enlisted African-American singer and actor Paul Robeson to sing it:

(Thirty years later, trumpeter Miles Davis would record an album-length tribute to another African-American boxer, Jack Johnson. You can check out some of the music from that album and period on the previous Night Lights program Miles Davis: The Jack Johnson Sessions)

We follow "King Joe" with a 1973 instrumental tribute to Robeson from saxophonist Clifford Jordan, "Powerful Paul Robeson," and then, staying in the spirit of the 70s, with Gil-Scott Heron's song of praise for jazz artists Billie Holiday and John Coltrane:

Odes To Liberation Leaders In America And Africa

In the 1960s some American jazz artists invoked such figures from both the past and the present as they commented on both the civil-rights movement at home and the fight for independence being waged by a number of African colonies such as Kenya. Max Roach, one of the most prominent activists in the jazz world, titled a composition in honor of Marcus Garvey, who played a seminal role in early-20th-century black nationalist and Pan-African movements. In the liner notes to his 1962 album Percussion Bitter Suite Roach praised Garvey's inspirational and organizational abilities and wrote, "Many of Marcus Garvey's dreams and ambitions are currently reaching fruition in the new, independent nations of Africa." We'll also hear trumpeter Lee Morgan's tribute to Kenyan independence leader and founding father Jomo Kenyatta:

We close out this edition of Night Lights with jazz homages to two central figures of the 1960s civil rights movement who were assassinated and subsequently memorialized in music by a number of artists. We'll hear Oliver Nelson's ode to Martin Luther King, "Martin Was A Man, A Real Man," from his 1970 album Black, Brown and Beautiful, and a musical salute to Malcolm X from trumpeter Philip Cohran, whose musical path in the 1960s crossed much of the Chicago jazz world, from Sun Ra to the AACM to the Artistic Heritage Ensemble. In 1968 the Ensemble performed a concert tribute to Malcolm X at the Afro-Arts Theater in Chicago: