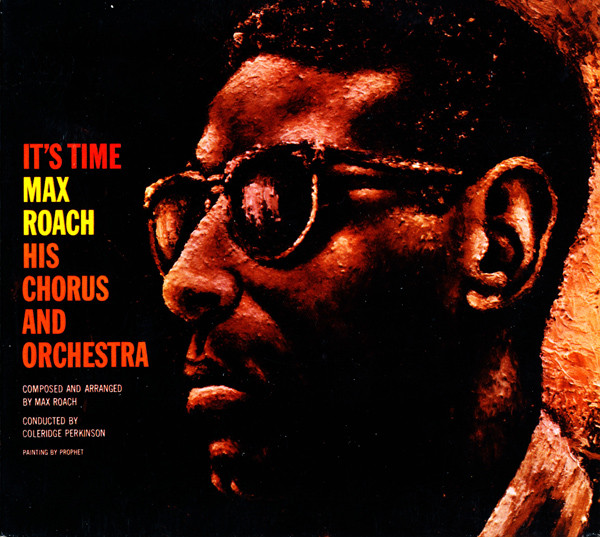 It's always time for Max Roach, one of the most influential drummers in 20th century jazz.

Max Roach was a revolutionary bebop drummer, a leader of the classic Clifford Brown-Sonny Rollins hardbop quintet, a social activist, jazz educator and intellectual, a forerunner of Do-It-Yourself recording, and an explorer of the avant-garde...among other things. Max Roach contained multitudes, and his death in August of 2007 reverberated across the jazz world as if it were a long solo being played on a cosmic drumset. This program, an audio snapshot of his career on record, features his work with pianists Herbie Nichols and Bud Powell, his hardbop configurations with Clifford Brown and Sonny Rollins, a well-honed bebop moment ("Kim" with Charlie Parker), a side with trumpeter Booker Little, a choral arrangement from his 1971 album Lift Every Voice and Sing, and two later works-one with his percussion ensemble M'Boom, the other a tour de force drum-solo performance.

You can hear other Max Roach recordings in many previous programs from the Night Lights archives, including his legendary 1962 encounter with Duke Ellington and Max Roach (Money Jungle), part of his landmark Freedom Now Suite (We Shall Overcome: Civil-Rights Jazz), his 1980s double-quartet (A Jazzy Quartet), his explosive 1945 debut with Charlie Parker and Dizzy Gillespie (At the Birth of Bop), and late-career duo performances with Gillespie and Anthony Braxton (Duets: Two Degrees of Separation).