One More You Wrote Through Us: Horace Tapscott 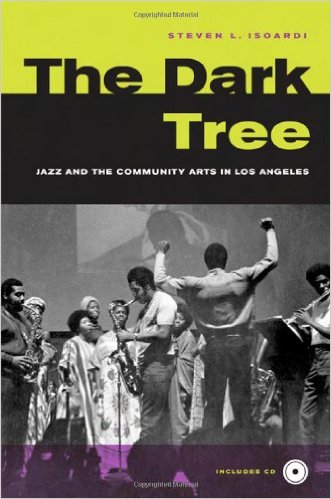 In 1961, pianist Horace Tapscott turned down a chance to have a high-profile career with the Lionel Hampton band and spent the next several decades in Los Angeles, leading several community-jazz bands and doing his best to extend the mentoring and teaching tradition that he had experienced growing up during the glory days of L.A.'s Central Avenue era.

The underground jazz scene that he helped to create and sustain a vibrant, multi-arts mix of culture, politics, and African-American values has now been documented in L.A. jazz historian Steven Isoardi's book, The Dark Tree: Jazz and the Community Arts in Los Angeles.

Isoardi joins us for this program in which we also hear some previously unissued music by Tapscott and UGMAA (Union of God's Musician and Artists Ascension) and the Pan-Afrikan People's Arkestra, along with solo and trio Tapscott piano recordings and a collaboration with Black Panther activist Elaine Brown.

Here are some excerpts from our interview with Steven Isoardi that didn't make it into the show:

A new movie, Leimert Park: the Story of a Village in South-Central L.A., covers the story of a cultural resurrection following the Los Angeles riots of 1992. There are interviews with and performances by Tapscott, Billy Higgins, and others. The film, which has drawn rave reviews from the Los Angeles media, is produced and directed by Jeannette Lindsay.