Not Afraid To Live: Frank Hewitt 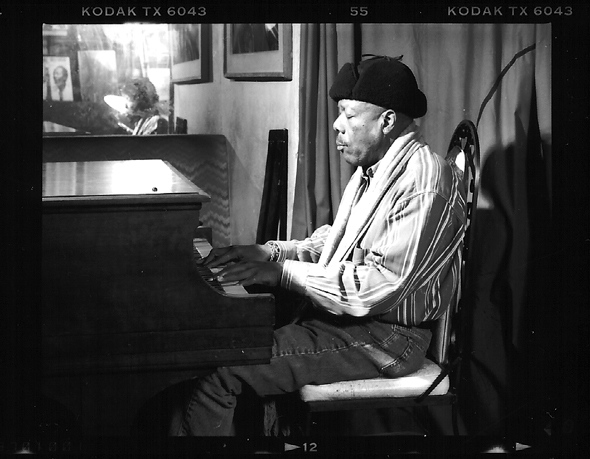 Frank Hewitt, a New York City underground bop-piano legend, played with Cecil Payne, Billie Holiday, John Coltrane, and many other jazz greats in the 1950s and 60s and had a role in the storied play The Connection. In the 1990s he was a mainstay at Smalls, a hip Greenwich Village nightclub, where many came to view him as an important part of the bop-piano canon that includes Thelonious Monk, Bud Powell, Herbie Nichols, and Elmo Hope (Hewitt was a protege of Hope's). Outside of a frustrating cameo appearance on a 1998 Impulse CD, Hewitt did not live to see any of his music released to the public, dying of pancreatic cancer in September 2002 at the age of 66. Luke Kaven, a philosophy graduate student and Smalls regular, managed to win Hewitt's trust and recorded him on a number of occasions; in the past year and a half he's released three CDs of Hewitt's performances, winning Hewitt a growing critical recognition from jazz fans and the jazz press that he never received during his lifetime. We'll hear music from all three of Hewitt's CDs, as well as some unreleased recordings, and some thoughts on Hewitt's life and career from Luke Kaven.