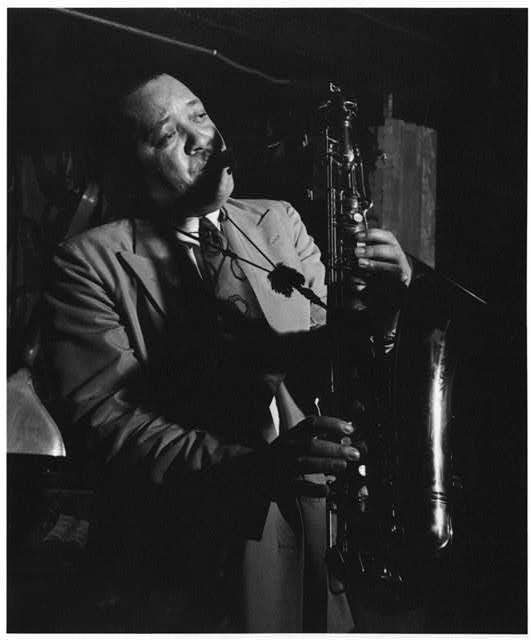 Mosaic Records, that Valhalla of jazz reissue labels, is preparing an 8-CD set of Lester Young recordings that will cover the saxophonist's career from his debut on record with Count Basie in 1936 to the late 1940s. It will include all of Young's Decca recordings with Basie (regardless of whether Young soloed or not), all of Young's recordings for the Keynote and Commodore labels, both sessions that he recorded with Nat King Cole, all of his Aladdin recordings, and sides made with Benny Goodman as well as pianists Sammy Price and Una Mae Carlisle and trombonist Dickie Wells.

The cherry on the top? Three previously unreleased alternate takes from that legendary 1936 Jones-Smith Inc. date with Basie that introduced the ethereal cool of Young's sound-a sound that influenced countless saxophonists who followed in his wake-to the world. The booklet will be written by Loren Schoenberg, who has authored numerous, superlative liner notes for Mosaic before, including their previous 4-CD set of Lester Young-Count Basie recordings. I think it's safe to say that this will be the most comprehensive portrait of Prez in his prime that's ever been released.

UPDATE, March 14, 2016: Mosaic now estimates that this set will be released in late May-early June 2016, in time for Father's Day.