Matrix: The Emergence Of Chick Corea 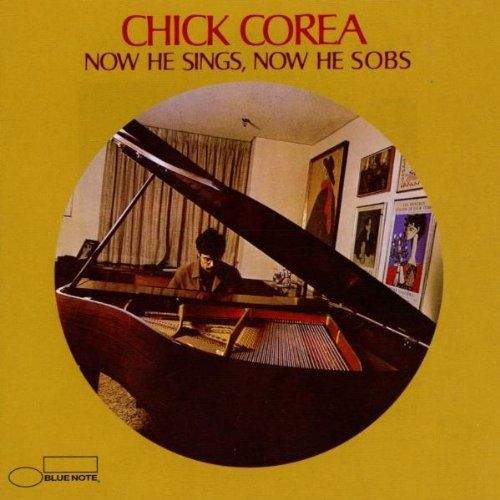 Chick Corea, a man of many musical palettes, grew up in a world of jazz. Born in Chelsea, Massachusetts on June 12, 1941, Corea was the son of a trumpeter and bandleader who would listen to the latest records of Bud Powell, Charlie Parker and other bop stars of the 1940s and 50s with his musician friends, introducing the young Chick to these modern sounds in the family's small apartment.

With his parents' support Corea took up piano early on, and after leading his own bands as a teenager, he moved to New York City, where brief enrollments at Columbia University and the Julliard School convinced the pianist that he wanted simply to start making his way on the professional jazz scene.

One of Corea's strongest early influences was hardbop pianist Horace Silver's late-1950s quintet, and so it was only fitting that after putting in time with Mongo Santamaria and other artists in a Latin-jazz context that he made his first big impact with a group led by trumpeter and Silver alumnus Blue Mitchell and featuring two other Silver sidemen as well. This group made the first-ever recording of a Corea composition, "Chick's Tune," which reveals the composer's bop, hardbop, and Latin influences, as well as early signs of his complex and comprehensive gift for rhythm and melody.

Corea would spend much of the mid-1960s playing with flutist Herbie Mann's group, and Mann would encourage the young pianist to make his recording debut as a leader in 1966 with the album Tones for Joan's Bones. At the end of the year Corea would again enter the studio with Blue Mitchell and lay down another version of the title track from his leader debut.

Pushing Boundaries In The Late 1960s

Big things were looming for Corea as he headed into the late 1960s, including significant gigs with saxophonist Stan Getz and with an early musical idol, Miles Davis. In 1968 he'd make what some consider to be an early masterpiece, the piano-trio date Now He Sings, Now He Sobs. Corea's lyrical gift manifested itself in these years with compositions like "Windows," which he recorded with Getz, and he also recorded near the end of the decade with other young musicians who were pushing the boundaries of the hardbop they'd grown up with, and who would keep company with him in Miles Davis' revolutionary electric ensembles as well.

Corea got the call to start playing with Miles in 1968 while he was gigging with singer Sarah Vaughan. Davis persuaded Corea to start playing electric piano, and he encouraged greater freedom in Corea's approach, while giving Corea a charged context in which to develop. Corea later said the first time he sat in with Davis

it was like the shock of suddenly traveling at five hundred miles an hour. I knew they were playing tunes, but they had the tunes so facile and abstracted that even a musician's ear couldn't tell what chord changes were going by.

Corea would play on key Davis records such as In a Silent Way and Bitches Brew, able to meet the demands of the trumpeter's challenging new music and provide it with bold rhythmic and melodic color. After leaving Davis in 1970, Corea would go on to play in the avant-garde group Circle and then form the influential fusion group Return to Forever-and it was his experience with Davis that served as the final launching pad for one of the most exploratory careers in modern jazz.