Look What I Got: Betty Carter 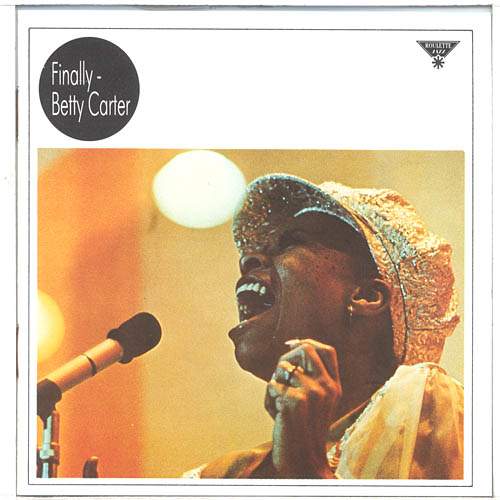 One of the most expressive and original singers to come out of the post-World War II era, Betty Carter thrilled audiences with her daring vocal improvisations and her no-nonsense jazz attitude. She emerged from the Detroit bebop scene and joined Lionel Hampton's big band in 1948, then went on to record sporadically throughout the 1950s and 1960s, making her biggest mark through a duets album with Ray Charles. After taking several years off to raise her children, Carter returned at the end of the 1960s and assumed more control over her recordings, releasing several of them on her own Bet-Car label; at the same time she expanded her creative powers, taking greater liberties with song form and rhythm. Some even began to consider her avant-garde (and Cecil Taylor counted himself among her fans), but Carter won a wider following even as she remained fiercely committed to her independent vision of jazz singing. Above all, she thought of herself as a musician, once saying, "When it's all over for me, I would like it said that Betty Carter was not just a singer, but a jazz musician AND a singer."

This program features early Carter recordings such as "Social Call" and "Two Cigarettes in the Dark" along with "Open the Door" (used in the film American Beauty), music from the critically-acclaimed The Audience With Betty Carter, and more. Listeners interested in Carter should check out William Bauer's excellent biography, Open the Door: the Life and Music of Betty Carter.