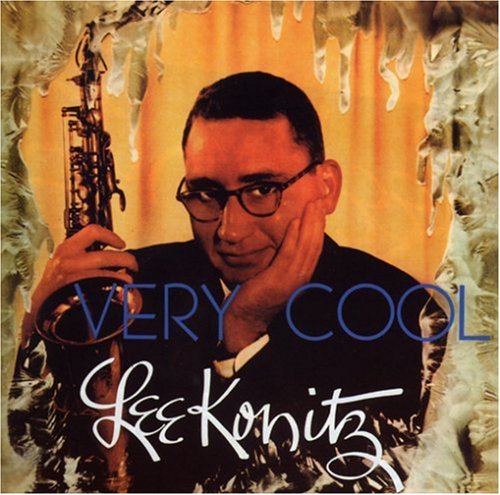 Alto saxophonist Lee Konitz was a longtime master of melodic improvisation who played a part in some of jazz's most momentous acts-the Claude Thornhill big band and the Miles Davis Birth of the Cool nonet in the late 1940s, and the Lennie Tristano groups of the 1950s and early 1960s.

After working in Stan Kenton's orchestra and making some albums for Atlantic, Konitz recorded a series of LPs as a leader in the late 1950s for the Verve label that received a lukewarm critical reception at the time and that are now generally unavailable. His Verve dates showcase him in a variety of settings, ranging from trio/quartet/quintet to small-big-band and strings, finding him in the company of musicians such as pianist Bill Evans, drummer Elvin Jones, and fellow Tristanoite Warne Marsh, as well as arrangers Bill Russo and Jimmy Giuffre. Heard today, they form a compelling body of work that marks a kind of last chapter in Konitz's early period, culminating in one of his most dynamic recordings, Motion.

We'll hear music from Motion, as well as the Giuffre collaborations You and Lee and Lee Konitz Meets Jimmy Giuffre, the small-group sides Tranquility and Very Cool, a with-strings Russo arrangement, and a live Konitz-Marsh performance with Bill Evans sitting in for Lennie Tristano on piano. Much of what Konitz recorded during these years has yet to be released; you can view a comprehensive online discography which lists many of the unissued sessions from the saxophonist's stay on Verve .

Konitz is also the subject of a recent book, Lee Konitz: Conversations on the Improviser's Art, which offers many fascinating insights from musicians, jazz writers, and Konitz himself on the hows, whys, and what's-it-all-abouts of his artistic career. (According to Konitz, jazz impresario and Verve owner Norman Granz "was not a fan of mine, but he encouraged me, and even made me a weekly advance... maybe [he] was advised that I was trying, and took a chance, though his personal taste was for the older music. I always appreciated that.")

Watch Konitz performing "Subconscious-lee" with Warne Marsh on the TV show The Subject Is Jazz in 1958: