Later: Bobby Hutcherson In The Mid-1970s 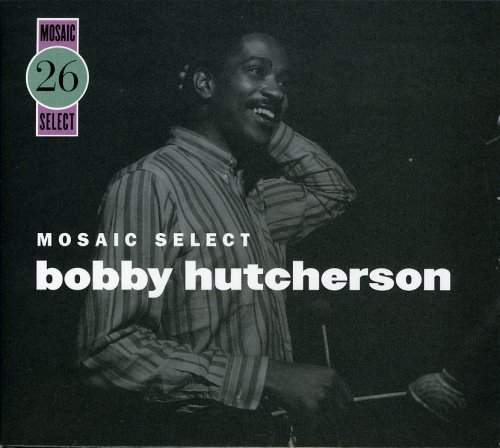 Bobby Hutcherson made his first appearance on a Blue Note date in 1963, playing on saxophonist Jackie McLean‘s LP One Step Beyond. In the next 14 years Hutcherson would record 22 albums as a leader for the label and appear as a sideman with musicians such as Joe Henderson, Grant Green, Lee Morgan, McCoy Tyner, and Herbie Hancock, becoming a prominent figure in the avant-bop landscape of the 1960s.

The Blue Note label went through big changes after founding owner Alfred Lion sold the company, and Hutcherson was one of the few classic 1960s artists to stay, along with pianist Horace Silver and trumpeter Donald Byrd. The success of Hutcherson‘s tune "Ummh" from his early-1970s album San Francisco led to a renewal of the vibraphonist‘s contract with the label, and he went on to record five albums that have now been collected by Mosaic records in a single set, after having been unavailable for decades. During the mid-1970s Hutcherson was able to maintain and lead a strong working group, and to also bring in talented colleagues for studio dates; these albums feature players such as trumpeters Woody Shaw and Freddie Hubbard, saxophonist Harold Land and Manny Boyd, and pianist George Cables. Although Blue Note‘s glory days were already past when these records were made, they reflect the intensity of the label‘s best work.

Watch the Bobby Hutcherson Quartet perform "So Far, So Good" in 1977: